There are numerous reasons for the decline in abandoned shells, including people collecting shells, ocean acidification damaging shells and the marine life which creates the shells. 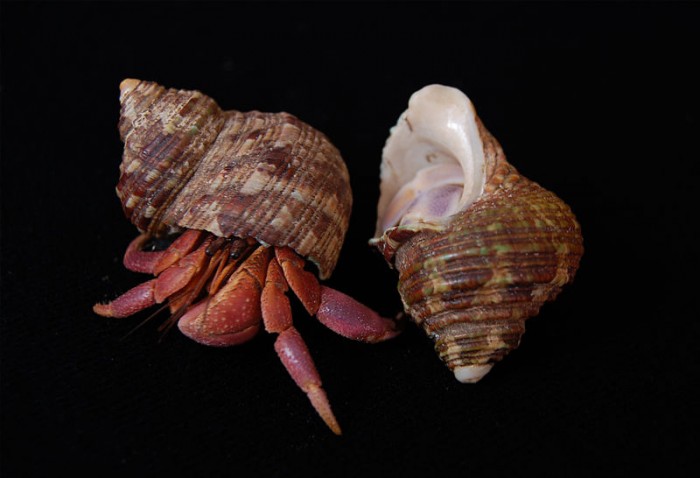 Image: By Hariadhi (Own work) [CC-BY-SA-3.0 (http://creativecommons.org/licenses/by-sa/3.0)], via Wikimedia Commons

Hermit crabs are born without shells, so they scavenge empty shells, and will repeatedly change shells as they grow. They are very resourceful animals: many have been seen using unexpected items in place of shells, such as cans and bags. They are now facing a life threatening crisis as the availability of ‘housing’ is at a very low level. There are numerous reasons for the decline in abandoned shells, including people collecting shells, ocean acidification damaging shells and the marine life which creates the shells.

Where some see a problem, MakerBot saw an opportunity. This particular company sells 3-D printers which carves 3D plastic models using digital, adaptable blue prints. A variety of designs have been created for Project Shellter with the final material yet to be confirmed. Plastics, including biodegradable plastics, have been considered as the final material with initial products being used for pet hermit crabs.

Project Shellter is trying to increase the number of design ideas by letting people worldwide create their own. By doing this, they hope to have the most diverse range of shell shapes (within the constricts of natures design) and increase the possibility of shells favoured by the crabs.

The main species used in the project is Coenobita clypeatus (which lives in sea snail shells), so the initial design is a shape that suits this specific species. The people at MakerBot have set up various habitats in their offices, and are using the hermit crabs to test their designs, whilst measuring results against a shell-assessment guideline they have created.  They have so far noted two crabs investigating the designed shells and now just waiting for some of them to try on the shells and hopefully adopt them.

Ultimately, hermit crabs play an important role in their ecosystem, therefore anything that is detrimental to the crabs can also endanger the ecosystem. They are scavengers and omnivores, so have been described as ‘cleaning’ the environment. Their shells also provide habitats for other organisms such as worms and crustaceans. Everybody benefits when a shell is occupied by a hermit crab.

If you want to learn more about this ingenious project you can follow them on Facebook  and also Twitter. Or take a look at MakerBots blog.