The dormouse has become a rare species, one that is highly vulnerable to extinction. 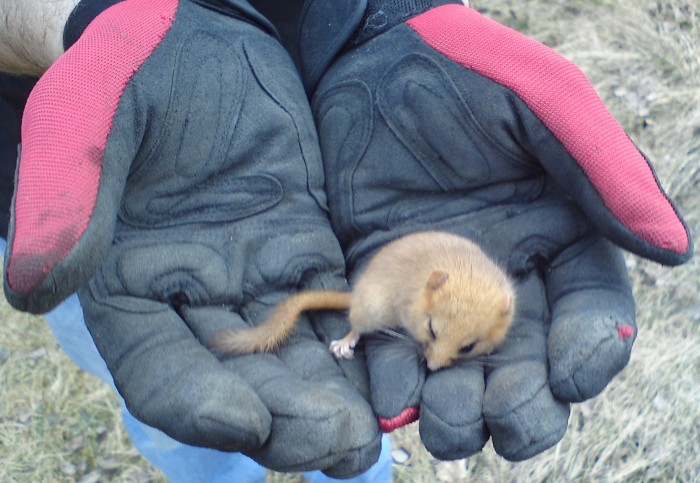 Image: By Ambica (Own work) [Public domain], via Wikimedia Commons

The Hazel Dormouse, Britain’s only native dormouse species, was once widespread throughout the country but a 40% decline in the last 20 years has caused its distribution to be reduced to southern parts of England and Wales. Changes in woodland management, farming practices, fragmentation of woodland and the loss of hedgerows have all contributed to the decline, and as a result, the dormouse has become a rare species, one that is highly vulnerable to extinction.

Last week, however, 34 captive-bred dormice were released into a private woodland in Warwickshire in an effort to boost population numbers. The location is a secret, to protect the animals, but is in an area historically populated by dormice, with limited human access and a mix of tree species such as hazel, oak, bramble and hawthorn to provide food and shelter throughout the seasons.

The dormice were initially checked by vets from the Zoological Society of London and Paignton Zoo in Devon to ensure that they were healthy and stood the best chance of survival in the wild. They were introduced in pairs – to encourage them to establish colonies – in their own wooden nest box fitted inside a mesh cage secured to a tree. Over a two-week period they will be gradually acclimatised to their new habitat, initially being fed and monitored daily, before a door in the cage will be opened to allow them to explore their new home. They will still have the security of the cages and food provision if necessary, until the cages are removed when the animals are completely settled in the wood. A long-term monitoring programme will follow their progress.

This re-introduction is the eighteenth to be carried out by the People’s Trust for Endangered Species (PTES), as part of the National Dormouse Monitoring Programme, the world’s longest running national mammal monitoring programme, with funding from Natural England. In the last 19 years, over 635 dormice have been released in 12 English counties. These releases have been extremely successful, with high survival rates of the re-introduced dormice and dispersal of dormice beyond the woodlands in which they were released.

PTES says that analysis from the National Dormouse Monitoring Programme shows that, although the dormice are still in decline, the rate of decline is slowing. Re-introductions are clearly working well and helping to ensure the survival of these endearing animals.