Elephants vs Humans: Solving the Conflict

Elephants can raid crops, damage water supplies, demolish homes and grain stores, and even kill or injure people and their livestock. People often retaliate in an effort to protect themselves and their livelihoods, by resorting to extreme measure such as poisoning and shooting elephants. 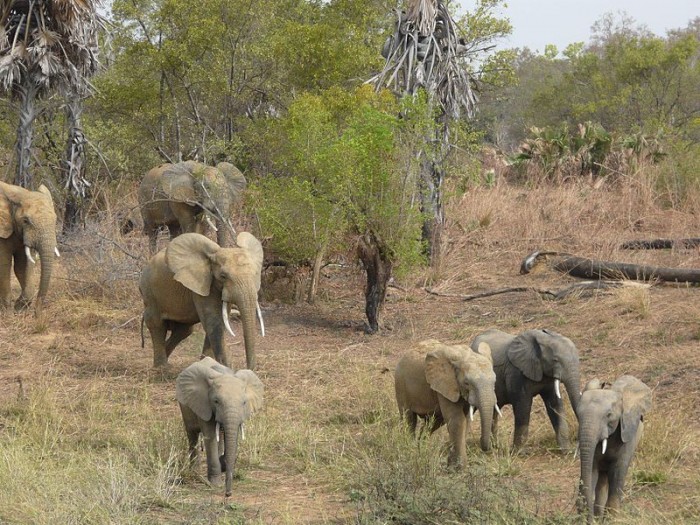 As Africa’s human population continues to grow rapidly, more and more animals are being pushed into ever smaller pockets of suitable habitat. The result is that more of these animals are coming into contact with their human neighbours, often with serious consequences.

The African elephant is one such animal; a wide-ranging species that often impacts negatively on the local communities it encounters. Elephants can raid crops, damage water supplies, demolish homes and grain stores, and even kill or injure people and their livestock. People often retaliate in an effort to protect themselves and their livelihoods, by resorting to extreme measure such as poisoning and shooting elephants.

The African elephant is a species already under threat, with ivory poaching taking an incredible toll on their numbers. Therefore, conservation organisations are desperate to find a solution to this conflict. The WWF is currently working with farmers in the Sioma Ngwezi National Park in Zambia, at the heart of the world’s largest trans-frontier conservation area, who have been the victims of raids by elephants. After years of trying everything they could think of to scare the elephants away, from sleeping out in the fields and lighting fires to banging drums and blowing horns, the villagers and conservationists from WWF have now come up with a recipe for success, literally. They make chilli bombs, a combination of half crushed chilli and half elephant dung, mixed with water and left to dry. These are placed around the fields and set on fire. Elephants have an excellent sense of smell, and their sensitive trunks do not like the spicey pungent smell that the chilli bombs give off so they are driven away.

In Kenya, another method of deterrent has been devised. It has been discovered that elephants are scared of African honey bees, which can sting them inside their trunks. When they hear buzzing, 90% of elephants will flee, and even emit a special rumble to warn other elephants to keep away. This knowledge has been utilised to create beehive fences – beehives suspended on wires between posts, with a thatched roof on top to protect them from the sun. The elephants disturb the bees when they shake the fence in an attempt to get into the fields, and scientists have shown that 97% of elephants turned away during attempted raids.

If elephants were to disappear, local communities would lose a valuable asset and the ecosystem on which they depend for their livelihoods would be destroyed. If these deterrents can be rolled out throughout Africa, there is a chance that the conflict can be mitigated and elephants and humans can live peacefully side by side.