Of the world’s 18 species of penguins, 11 species are listed by the IUCN as Vulnerable or Endangered, that’s 61% of all penguins. If the Near Threatened category is added, that figure jumps to 83%. 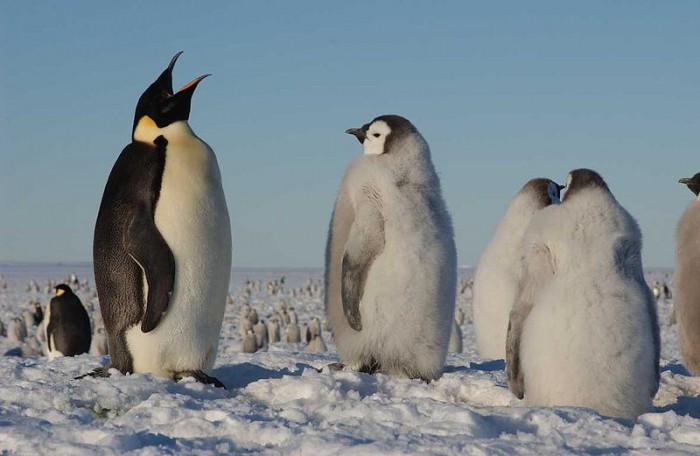 There is no doubt that penguins are some of the world’s best loved birds. Appearing in films and adverts, they have never been more popular with us humans. Yet in reality, many species of penguins are facing population declines of a magnitude never witnessed before, and the cause is our own activities.

Of the world’s 18 species of penguins, 11 species are listed by the IUCN as Vulnerable or Endangered, that’s 61% of all penguins. If the Near Threatened category is added, that figure jumps to 83%. Several aspects of the life history of penguins make them especially vulnerable – they are flightless, long lived, breed in colonies, lay only one or two eggs at a time and take many months to raise their young, and they depend upon food that is highly unpredictable.

The main threats to penguins include overfishing (large scale industrial fisheries in the Southern Ocean have removed huge quantities of fish) and pollution, namely oil spills, that affect some species, such as African and Magellanic penguins, year after year. But perhaps the most serious threat currently facing penguins is climate change. Chinstrap penguins on Deception Island in Antarctica have declined by almost 40% over less than 10 years due to gradually receding sea ice, a factor also causing the decline of Emperor penguins. Krill, fish and squid feed on zooplankton and phytoplankton that grow on the underside of ice, therefore with less ice there is less food available for the penguins and other animals higher up in the food chain to eat. Emperor’s also need sea ice to breed and raise young – breeding failure will occur if the ice breaks up and disappears too early in the breeding season. One study, published in the journal Global Change Biology, has used climate models to show that the number of breeding pairs may fall by about 80% by 2100, a drop from around 3000 today to only 500-600 pairs.

Fortunately, a new organisation has been created to try to halt the declines. The Global Penguin Society aims to save penguins by working with governments to create protected areas and improve management, with scientists to conduct research and create conservation plans, and with local communities to educate them about the threats penguins face. Penguins should gain support from politicians as well as the public as they are such charismatic animals, but they are also keystone species, and their decline is an indication of much wider problems in the ocean ecosystem.