Just six decades ago, hedgehogs numbered around 36 million. There are now less than one million. In an attempt to reverse this decline, the first large-scale hedgehog conservation area in the UK opened last week.

By Alex Taylor on 25th March 2015 in UK Conservation Projects 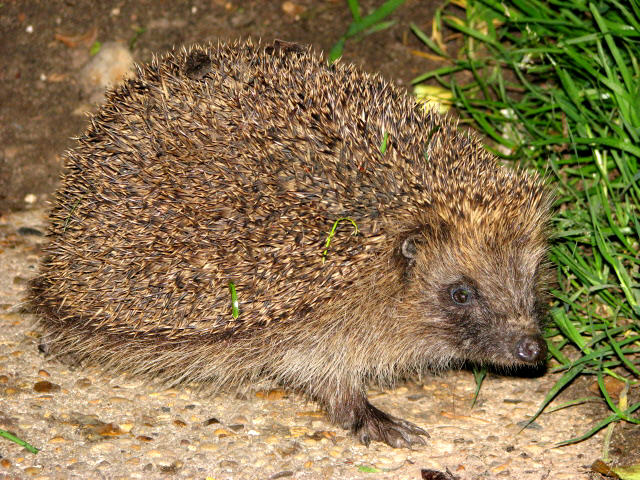 Just six decades ago, hedgehogs numbered around 36 million. There are now less than one million. In an attempt to reverse this decline, the first large-scale hedgehog conservation area in the UK opened last week.

The 90-hectare (220-acre) refuge was created by the Warwickshire Wildlife Trust in Solihull in the West Midlands, and is funded by the British Hedgehog Preservation Society. It aims to be a model for hedgehog conservation across the country.

The area encompasses a nature reserve, a public park and the surrounding streets. Over one hundred footprint tunnels have been created to monitor where the hedgehogs have been, which will be placed in the wide green space as well as the gardens of some local people. Hidden cameras have also been installed and volunteer wildlife guardians will help to protect the animals. Residents will be given the opportunity to participate in a large-scale citizen science project by being trained to conduct hedgehog surveys in their gardens and monitor the population.

This is the key feature of this endeavour – the involvement of the community. The Warwickshire Wildlife Trust’s hedgehog officer Simon Thompson told the BBC: “We’re asking the local people to really get involved with the scientific survey. We’re going to be looking at distribution using the footprint tunnels and abundance via a capture, mark and recapture scheme. Hedgehogs will be trapped overnight and in the morning we will give them a unique colour code. We’ll aim to recapture them again, and from the results we will be able to estimate the population numbers in the area.”

Hedgehogs need to roam to forage for food, and to find shelter and mates. An adult male can cover more than 3 kilometres a night. Nowadays however, their paths are often blocked which is the main reason for their demise. The changing nature of our landscape has resulted in hedges and bushes being replaced in many gardens by hard barriers such as fences and walls. This causes the hedgehogs to become isolated and they cannot mate or find the worms and insects they need to eat.

Local people living within the reserve have been asked by conservationists to help with this problem. They can create wildlife corridors by making a small hole, no bigger than the size of a compact disc, in garden walls or fences – a simple and effective way to enable hedgehogs to travel further and hopefully increase in number.

Under the Natural Environment Act of 2006, the hedgehog is classified as a “species of principal importance.” It’s certainly an iconic British mammal, but the chance of seeing one in our own garden is decreasing. This new conservation area will pave the way for more refuges like this one to be created across the UK and help reverse the hedgehog’s precipitous decline.