Small populations survived in Wales and areas of northern England at very low densities, but the only viable populations left could be found in the North West Highlands of Scotland where persecution pressures were less.

By Alex Taylor on 1st May 2013 in Research, UK Conservation Perspectives 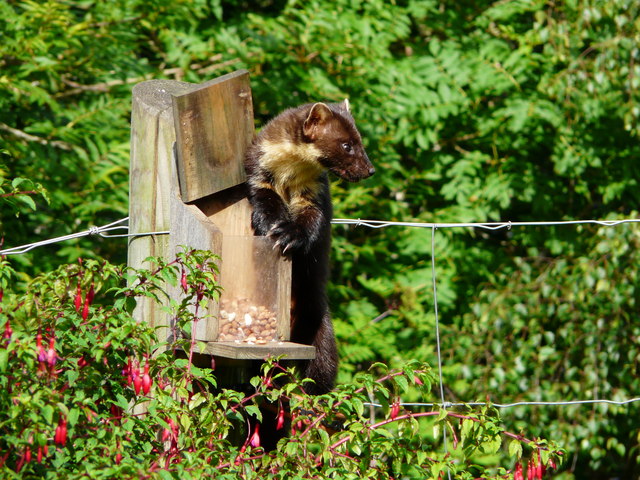 The pine marten is one of our rarest mammals. The species suffered major population declines throughout the 19th Century as a result of persecution and the clearance of woodland, and was extinct throughout much of Britain by the beginning of the 20th Century. Small populations survived in Wales and areas of northern England at very low densities, but the only viable populations left could be found in the North West Highlands of Scotland where persecution pressures were less. Now, thanks to the expansion of plantation forest cover during the last century, and full legal protection since 1988, the pine marten is staging a comeback.

A new report published last month confirmed the recovery. Produced by Scottish Natural Heritage (SNH) and the Vincent Wildlife Trust, the report shows that the population in Scotland is expanding across much of the country, and recolonising areas where local populations had been wiped out in the past. Pine martens are now present in many eastern parts of Scotland, including Aberdeenshire, Moray, Angus, Perth and Kinross, and parts of Fife. They have also moved south into Argyll, the Trossachs, Stirlingshire and some parts of the central belt, and can now be found close to some of Scotland’s major urban areas.

Throughout the summer of last year, 1 kilometre line transects were surveyed for pine marten scats, from which DNA was extracted to confirm their species of origin. Records were also collected from local biological records centres and other wildlife organisations. This enabled SNH to estimate that there are now between around 2,600 to 3,500 adult pine martens in Scotland. This great success comes in the Year of Natural Scotland – 2013 is dedicated to celebrating Scottish biodiversity.

It is hoped that the natural recovery of pine martens could replace the time consuming and expensive programme of trapping as a means of controlling grey squirrels. This is a great example of a one native, endangered species helping another to defeat a widespread, destructive non-native species.