Return to Oz – The Recovery of the Humpback Whale 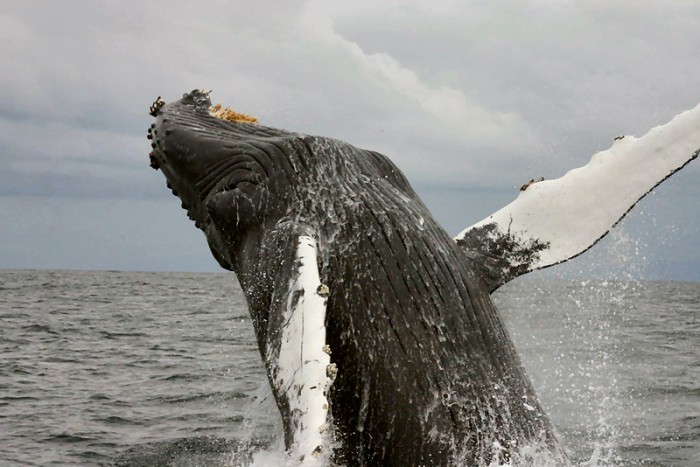 Australia is a country with one of the highest numbers of species that are facing extinction, decline, or negative human impacts. However, improvements have been seen in the past decade, with several occurrences of animals rebounding or thriving. One example is the humpback whale, as a new study published in Marine Policy has revealed.

The study reviewed a vast amount of data which had been collected in past studies. Humpback whales breed in waters off the east and west coasts of Australia. Both populations are currently listed as ‘vulnerable’ by the Environment Protection and Biodiversity Conservation (EPBC) Act 1999 the Australian Government’s central piece of environmental legislation. Yet the authors of the study report that the data shows population increases of remarkable rates. By 2012, the west coast population has increased by nine percent and the east coast population has increased by ten percent. These are the highest increases documented worldwide.

Lead author of the study, Dr Michelle Bejder, says: “Our conclusions serve as an example of optimism and hope in the conservation of marine fauna protection, as the relentless communication of marine conservation problems does not always encourage politicians, policy makers, and the public to solve them. We highlight a success story, which provides hope and optimism that ongoing conservation actions can prevail.”

She summarises the main findings of the study, describing the whale’s recovery as “an opportunity to celebrate success at two levels: (1) the successful implementation of contentious international management actions to protect marine species; and (2) the wise and significant investment in conservation science, illustrating how society can respond to strong conservation interventions to achieve outcomes that are not simply for immediate, human material gains. While significant (often seemingly insurmountable) obstacles stand in the face of conserving many marine species and ecosystems, humpback whales provide an opportunity to embrace a conservation success.”

Both Australian populations have reached numbers higher than they were prior to the whaling era (between 1912 and 1972) – the west coast population by 90% and the east coast population by 63%. This means that these humpback whales no longer fit the criteria of the EPBC Act, so a revision of their conservation status is proposed. If they were to be removed from the threatened species list, research and management funding could be redirected to enhance the survival of other species and ecosystems that are at greater risk of extinction. The whales would still receive some protection because they are a migratory species so are still a Matter of National Environmental Significance in Australia.

What is essential, however, is the continued global moratorium on commercial whaling, something vital to maintaining the humpback whale’s recovery. Other threats also remain. Co-author Dr David Johnston said: “Future challenges in Australia will be to protect a marine environment that contains growing humpback whale populations and to develop alternative approaches to ecological sustainability. There will be increases in interactions with maritime users, including acoustic disturbance from noise, collisions with vessels, entanglements in fishing gear, habitat destruction from coastal development and cumulative interactions with the whale-watch industry. Therefore, adaptive management actions and new approaches to gain public support will be vital to maintain the growth and recovery of Australian humpback whales and prevent future population declines.”