Neonicotinoids are systematic pesticides, which means that they are taken up by every part of the plant, including the pollen and the nectar.

By Alex Taylor on 11th April 2012 in Bees, Man Made Pollutants 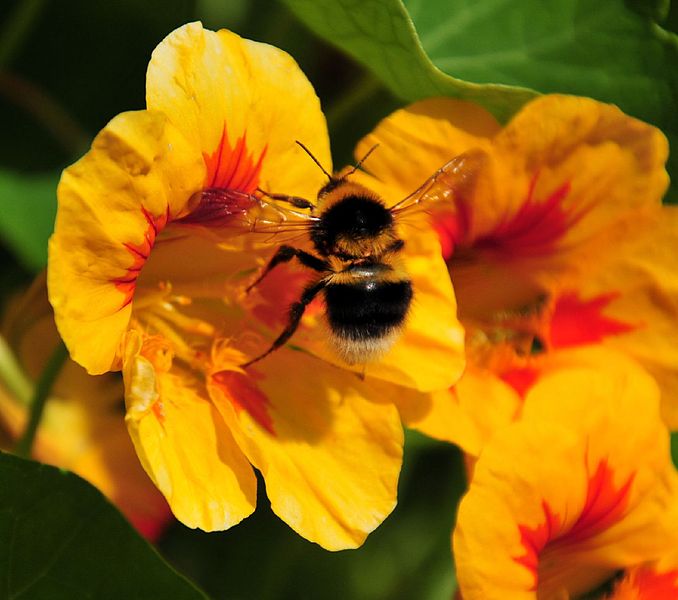 Bee populations have been declining all over the world. Ever since the 1950s, bumble bees in Britain have been vanishing, and Colony Collapse Disorder (a phenomenon where the entire population of a beehive suddenly disappears) has caused the number of honey bee colonies to plummet in Britain and the USA since the 1960s. Beekeepers in countries as far afield as Japan and Egypt are now also reporting losses.

Two new studies have suggested that these declines have been caused by pesticides. Neonicotinoids are systematic pesticides, which means that they are taken up by every part of the plant, including the pollen and the nectar. Although bees are not the target species, it is now known that even tiny, non-lethal doses are enough to cause them serious harm by attacking their central nervous system.

One study, conducted by British scientists at the University of Stirling, demonstrated that colonies of the common buff-tailed bumble bee exposed to realistic levels of a neonicotinoid pesticide had slower growth rates, and the production of queens declined by 85%, in comparison with colonies with no exposure to the pesticide.

The other study, carried out by French scientists at the National Institute for Agronomic Research, proved that the homing ability of honey bees was seriously affected by pesticide exposure, to the extent that, while away from the nest, they were two or three times more likely to die than bees without exposure.

The scientists involved with the research are now calling on alternatives to be developed. The results have prompted organisations such as the Bumblebee Conservation Trust to call for an immediate reassessment of the risks the pesticides present, and Buglife to urge the Government to suspend their use completely. They are already banned in France, Italy and many other countries, but are still used in the USA and Britain; here they were used to treat 3.14 million acres (30% of all British cropland) in 2010.

The decline of bees is a serious threat to agriculture, as the value to their pollination services is estimated to be £200 million per year in the UK, and £128 billion per year globally. Now that the link between these pesticides and the decline of bee numbers has been established, it is clear that their use must be stopped if we are to prevent further loses and continue to benefit from the work of our busy bees.