Last December, a group of intrepid Antarctic explorers located a colony of emperor penguins that had never been seen before by humans. 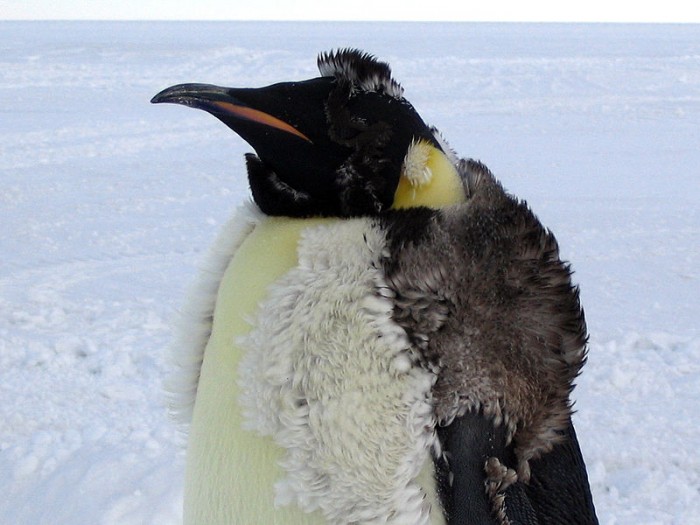 After our heavy snowfall last week, spare a thought for the emperor penguin which regularly has to survive in temperatures below -50oC and gale force winds above 180 kilometres per hour.

Last December, a group of intrepid Antarctic explorers located a colony of emperor penguins that had never been seen before by humans. The team members from Belgium’s Princess Elizabeth Antarctica polar research station (the world’s first zero emission polar research station) were able to confirm the existence of a 9,000 strong colony on east Antarctica’s Princess Ragnhild Coast that had previously only been detected by satellite imagery.

This particular colony was discovered in 2009 by researchers from the British Antarctic Survey who used the faecal stains of emperor penguins (which can be seen from space) to map breeding colonies. This has become an iconic study, the results published in what is now known as the “Penguins from Space” paper. The next step was to count the penguins, which was completed last year. Scientists from both the British Antarctic Survey and the US Natural Environment Research Council used very high resolution satellite images to locate the colonies and count population numbers. The resolution of the images was sharpened sufficiently to differentiate between ice, shadows, penguins and their guano. The researchers counted 595,000 birds, which was almost double the previous estimate of 270,000 to 350,000 birds. In total, they analysed 44 emperor penguin colonies around the coast, and found 7 previously unknown colonies.

This study was the first ever comprehensive census of a species taken from space. It was a benchmark study, which now enables cost-effective research to be conducted safely and efficiently in the harsh environment of the Antarctica, and with little environmental impact. This survey technique, providing a continent-wide population census, can be conducted on a regular basis to accurately monitor population changes and study the impacts of environmental change that can aid conservation efforts.

And emperor penguins are sadly in need of conserving, as climate change warms our planet. In some parts of Antarctica, earlier spring warming is leading to a loss of sea ice habitat, the only place where these penguins breed and raise their chicks. Massive breeding failure may occur if the ice breaks up too early in the breeding season. It could also affect their food source – primarily fish, squid and krill – that feed on zooplankton and phytoplankton which grow on the underside of sea ice. If the ice vanishes so does the plankton, meaning a lack of food for various species that emperor penguins prey upon.

Studies such as these are landmarks for science that enables researchers to find new ways of locating, studying and conserving species that live in remote and inhospitable locations. Hopefully they will provide a lifeline for the much-loved emperor penguin.