Reductions in population numbers prompted the UK government to pass legislation in 2007, which prioritised the protection of common toads and all UK reptiles. 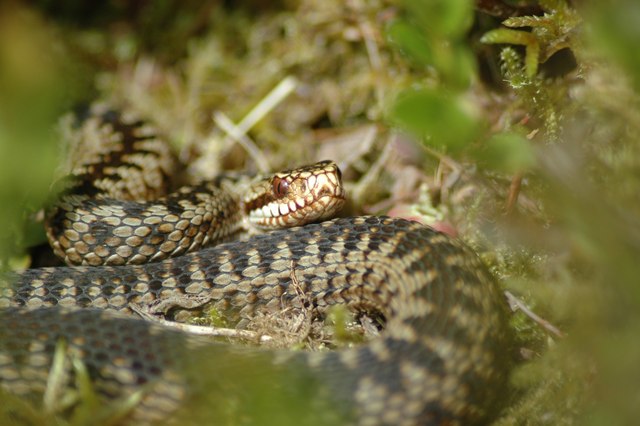 Britain’s reptiles and amphibians are in trouble. Conservation efforts have historically focused on the rarest species, such as the great crested newt, but it appears that even some species once thought of as common and widespread are now in decline.

Reductions in population numbers prompted the UK government to pass legislation in 2007, which prioritised the protection of common toads and all UK reptiles. However, this protection does not seem to be working, as documented by early results produced by The Amphibian and Reptile Conservation Trust, who launched the first nationwide survey of UK amphibian and reptiles in 2007. The Trust’s National Amphibian and Reptile Recording Scheme (NARRS) has been gathering data on 12 species, but only one species (the palmate newt) is increasing its range. Habitat fragmentation and development are believed to be behind the decline.

Extinct in some counties

The survey highlighted a surprising decline in our most widespread snake, the adder. Out of approximately 250 square kilometres surveyed, the adder shows up in only around 20. One of their biggest threats is damage to their hibernation sites, e.g. rabbit holes and tree roots. Already the adder is extinct in some counties, including Nottinghamshire and Warwickshire. Where populations do still exist, they are small, isolated ones, restricted by barriers like woodlands and roads.

This has driven some scientists to speculate that there may be a further genetic cause for their decline. Adders are being found with missing eyes and kinked spines, so DNA samples are being taken to determine if these abnormalities are being caused by the gene pool being too small. Anecdotal evidence by vets suggests that there was an increase in the occurrence of people and pets being bitten by adders last year, but it is thought that the hot weather was causing the usually shy and secretive snakes to appear in unusually large numbers. Thankfully, several anti-venoms are available which limit the effects of a bite to nausea and drowsiness – the last known fatality was in 1975.

The adder is now in more urgent need of protection than any other reptile or amphibian species in the UK. The final NARRS report is due to be published in 2014, at which time, hopefully, these protections will be in place.