A Quarter of Carnivorous Plants at Risk of Extinction

International research has discovered that approximately one quarter of the world’s carnivorous plants may be at risk of extinction. The causes behind the losses include climate change, poaching and habitat loss, and this could have detrimental impacts in many ecosystems. 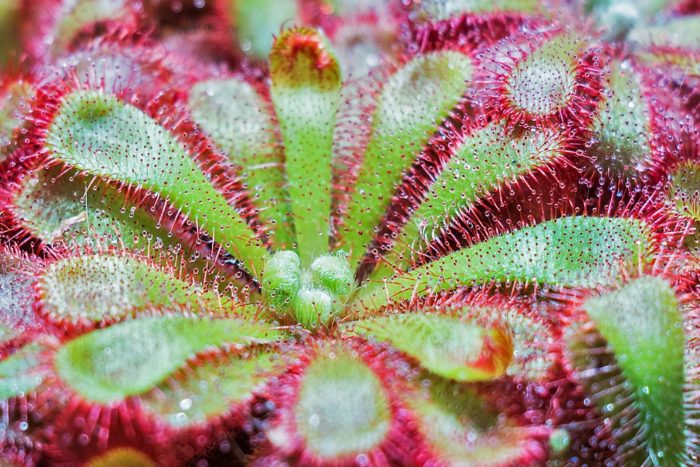 New international research led by Curtin University has found approximately a quarter of carnivorous plant species across the world may be at risk of extinction due to global climate change, illegal poaching, and the clearing of land for agriculture, mining and development.

Carnivorous plants are predatory plants which obtain some or most of their nutrients through specialised adaptations that allow them to attract, capture and kill their prey — mainly flies and other small insects but occasionally even birds and small mammals. Well-known species of carnivorous plants include the Venus fly trap and pitcher plants.

Lead researcher, restoration ecologist Dr Adam Cross from the School of Molecular and Life Sciences at Curtin University, said the loss of carnivorous plants would not only be devastating due to their captivating qualities, but could potentially have detrimental effects across ecosystems.

Dr Cross says: “Carnivorous plants are an iconic group of plants, and they are often involved in complex biological relationships with animals – sometimes providing habitats for animals, or even relying upon animals to digest the prey they catch for them. Our research has found around 25 per cent of the world’s carnivorous plants are at increasing risk of extinction. Australia is currently sixth in the world for harbouring the most Critically Endangered carnivorous plant species, behind Brazil, Indonesia, Philippines, Cuba and Thailand.”

During the team’s research, each of the over 850 known carnivorous plant species was assessed for its exposure to threats such as residential and commercial development; agriculture and aquaculture activities; energy production and mining; transport development, such as land clearing for roads or trains; human exploitation, such as illegal collection; pollution; geological events; climate change; and severe weather. Their results were published in the journal Global Ecology and Conservation.

“Globally speaking, the biggest threats to carnivorous plants are the result of agricultural practices and natural systems modifications, as well as continental scale environmental shifts caused by climate change. In Western Australia, which harbours more carnivorous plant species than any other place on Earth, the biggest threat remains the clearing of habitat to meet human needs, resulting hydrological changes, and of course the warming, drying climate trend that affects much of Australia,” Dr Cross said.

Research co-author Dr Andreas Fleischmann, from Botanische Staatssammlung Munich and Ludwig-Maximilians-University Munich, Germany, also noted that illegal poaching of carnivorous plants was a large problem: “Noting their unique and fascinating features, some species of carnivorous plants are illegally collected from their natural habitats and sold to collectors. Poached plants of some species sell for hundreds of dollars.”

Looking to the future, research co-author Dr Alastair Robinson from Royal Botanic Gardens Victoria, stressed the need for immediate action in order to save carnivorous plants species from extinction.

Dr Robinson explains: “Conservation initiatives must be established immediately to prevent these species being lost in the coming years and decades. Urgent global action is required to reduce rates of habitat loss and land use change, particularly in already highly-cleared regions that are home to many threatened carnivorous plant species, including habitats in Western Australia, Brazil, southeast Asia and the United States of America.”