Aliens in the Med

Aliens have invaded the Mediterranean, and are disrupting the ecosystem’s delicate balance.

By Alex Taylor on 22nd October 2014 in Invasive Species, Research 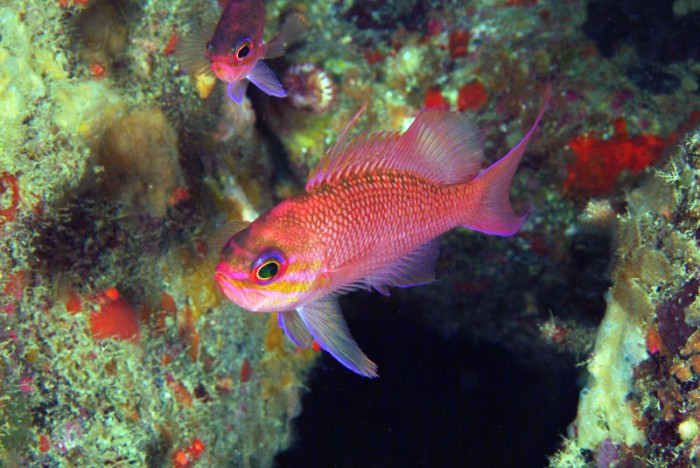 The Mediterranean is a tourist hotspot, with millions of people visiting every year. It is also a hotspot for marine biodiversity and home to over 17,000 species – 20% of which occur nowhere else. But in recent years, aliens have invaded the Mediterranean, and are disrupting the ecosystem’s delicate balance.

A multinational team researchers from the European Commission’s Joint Research Centre examined data from 986 alien species and tracked their spread to show how these species have changed the native biodiversity within the Med. They used a new online platform called the European Alien Species Information Network (EASIN) to make Europe-wide assessments of the pathways of introduction, the spread and the impacts of alien species. Their analysis showed severe consequences for food webs and ecosystem services as the invasive species expand their range and native species become locally extinct.

Some examples include the Dusky spinefoot and the Marbled spinefoot (two species of non-native rabbitfish) from the Indian Ocean that have invaded the eastern Mediterranean, where they overgraze on forests of brown algae in the shallows and strip rocks bare, causing negative impacts on the native animal species that depend on the algae. Native communities of algae, corals and invertebrates are also dying because they are being starved of oxygen, light and food beneath fast-growing invasive algae that form mats up to 15cm thick.

One of the researchers who worked on this project, Stelios Katsanevakis, said: “Using the information in EASIN, we could map in unprecedented detail how far each alien species has already spread. We found that the composition of marine communities, which in the past was shaped solely by climate, the environment, and oceanographic barriers, now greatly depends on the human activities. In many areas, shipping, aquaculture, and the opening of navigational canals are now becoming the main drivers of species distribution. Proper management of the pathways of introduction of alien species is urgently needed, such as the entry into force of the Ballast Water Management Convention, to prevent new introductions.”

Around 60 species, mainly algae, have been introduced accidentally via aquaculture, especially off the coast of Venice and Southwest France. In addition, more than 400 species of alien fish and invertebrates in the Mediterranean have come from the 145-year old Suez Canal, and their rate of arrival is increasing – over 80% first arrived less than 50 years ago. Increasing shipping activities over this period has also allowed “stowaway” species to arrive in the Med.

However, global warming is exacerbating the threat, as the water temperature in some parts of the Med has risen and become better suited for species from the Indian Ocean, the Red Sea and the Arabian Sea.

Dr Katsanevakis warns: “These invasions will continue and will keep affecting biodiversity in the Mediterranean. Its future ecosystems will likely be very different to what they are now. We need further research to better understand what effect these changes will have, including on the vital services that humans obtain from marine ecosystems, such as food provision, coastal protection, recreation and tourism.”