The Eurasian Otter (Lutra lutra) is an incredibly opportunistic predator with prey diversity varying greatly across its range in the Northern Hemisphere.

By James Common on 17th July 2016 in Ecology, Environment 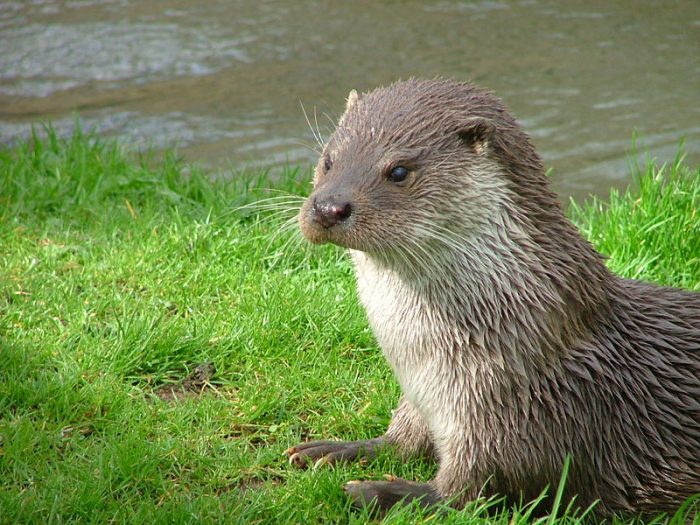 In keeping with adaptation and evolution fish dominate the diet of L.lutra within freshwater ecosystems, though some localised populations occasionally differ from this trend (Webb, 1975; Jenkins et al, 1979; Carss, 1995). Among the fish species consumed otters show bias towards slower moving species where available (Erlinge, 1968) – a theory supported by the dominance of carp (Kloskowski, 1999; Cousins et al, 2011), eel (Britton et al, 2006; Chanin, 1981) and Italian barbel (Arca & Prigioni, 1987) at alternate locations across the otters range, while particular emphasis is given to eels as a preferred food source (Williams, 2000; Webb, 1975). It is, however, important to note that in accordance with Erlinge (1968) prey abundance may overrule individual bias when it comes to the selection of fish species by L.lutra; a theory supported by a preference for fast swimming Salmonids among some otter populations (Kortan et al, 2010; Ludwig et al, 2002). with Ludwig et al (2002) lending particular weight to the theory of abundance based prey selection by highlighting a distinct difference in diet between ecologically poor and rich habitats.

Small fish species are consumed in abundance, often more frequently that larger ones with species such as minnow, stickleback and bullhead all common place in the diet of L.lutra (Williams, 2000, Preston et al, 2006). Evidence in support of this theory comes from the popularity of bullhead among otters in South-West England (Britton et al, 2006) and stickleback amongst otters from Northern Ireland (Preston et all, 2006) though there is little evidence of smaller species wholly dominating otter diet at any location. These species do however have a relatively high frequency of occurrence, factoring in the diet of otters from populations in England (Copp and Roche, 2003), Denmark (Taastrùm and Jacobsen, 1999) and Finland (Ludwig et al, 2002) among others. This suggests that in keeping with Carss and Parkinson (1996) the proportions of these smaller fish species may have been underestimated as a result of flawed data analysis methods, implying that they could be of greater importance amongst certain otter communities. The small size of the bones within these species and the subsequent ease at which they are digested or overlooked are likely of paramount importance. A high dependence on smaller species and young individuals would further strengthen the theory of abundance based pretty selection given the tendency for these individuals to far outnumber larger species and mature individuals within the environment.

Though regarded as being of secondary importance  amphibian species may dominate otter diet in some locations (Erlinge, 1967; Carss, 1995) with a notable example coming from Jedrzejewska et al (2001) who revealed that frogs constituted 58% of otter diet in the Białowiza Forest, Poland. Where they are not the dominant food source amphibians are still a significant source of nutrition across much of Palearctic zone (Ottino & Giller, 2004; Krawczyk et al, 2011; Britton et al, 2006; Lanszki et al, 2001) with percentage frequencies of 17.1% or above seemingly commonplace (Britton et al, 2006).

It is argued that otter predation on amphibian’s shows a distinct temporal trend with the highest levels of predation recorded during the spring period when these species accumulate to spawn (Fairley, 1984; Weber, 1990). This is supported by some dietary assessments including those of Ottino & Giller (2004) and Britton et al (2010) both of whom noted increased predation rates during the spring period. Results from some studies contrast greatly with this temporal pattern, however, suggesting that amphibian species could be important food source year round with a frequency of occurrence of 16.5% during the month of January noted by Kloskowski (1999) echoing similar findings by Ludwig et al (2002). Both of these show amphibians to be an important food source outside of the spring period. As is the case with fish species it is, therefore, likely that amphibians are predated based on their availability in the environment rather than by preference (Jedrzejewska et al, 2001; Weber, 1990). Little preference is shown for individual species within the amphibian family though frogs and toads dominate across the Palearctic zone with newt and salamander species showing little prevalence in the literature with the exception of a single great crested newt (Triturus cristatus) noted by Britton et al (2006).

Alongside amphibians, birds are viewed as being of secondary importance in the diet of L.lutra with some stating seasonal abundance as the main catalyst for predation (Carss, 1995). Perhaps the most conclusive evidence in support of this comes from De La Hay (2005) who in his study of otters on Shapwick Heath, Somerset revealed a peak predation level of 60% during the month of July. This coincides with the known avian breeding season and suggests that otters are making clear use of the increased vulnerability of inexperienced fledgelings and brooding adults. This temporal exploitation of avian species was also observed by Lanszki et al (2001), Kloskowski (1999) and earlier by Chanin (1981) both of whom concluded that otter predation on birds peaked during this time.

Birds are however frequently consumed outside of the summer period and factor, to varying degrees, in the diet of otters in all seasons (Ottino and Giller, 2004; Clavero et al, 2003; Ruiz-Olmo and Palazon, 1997; Britton et al, 2006) highlighting their status as a regular but less significant addition to the diet of L.lutra in keeping with similar conclusions reached by Carss (1995). The sporadic predation of bird species and obvious ability to make use of seasonal gluts yet again shows the opportunistic nature of L.lutra with predation taking place based on both prey abundance and by means of chance encounters (Cousins et al, 2011). Among the avian species consumed by L.lutrawater birds are the most frequently consumed in keeping with the shared habitat requirements of both predator and prey. Among these species, Ralliformes and Anseriformes predominate (Cousins et al, 2011; Chanin, 1981) though Columbiformes (Cousins et al, 2011), Passeriformes (Chanin, 1981) and Suliformes (De La Hey, 2005) have all been noted.

Mammals factor minimally in the diet of L.lutra and are generally thought of as insignificant when compared to more widely predated prey groups such as fish and amphibians (Jenkins et al, 1979; Carss, 1995). The available literature supports this assumption with mammalian species comprising only a fraction of otter diet across the Palearctic zone; a fact highlighted by low rates of occurrence in Poland (Krawczyk et al, 2010), England (Cousins et al, 2011) and Italy (Arca and Prigioni, 1987) among others (Britton et al, 2006; Remonti et al, 2007; Jedrzejewska et al, 2001). Though seemingly of little importance mammalian species are however a regular feature in otter diet occurring to a small degree in the majority of studies with the exception of Lanszki et al (2010) in their study of a Hungarian otter population. The regular occurrence of mammals throughout the literature further portrays the otter as an opportunist with the ability to exploit a prey source where abundant or when chance encounters make predation possible. Otters show little preference for individual mammal species,  apparent from the wide range of species consumed throughout the Palearctic zone. Of these, rabbits and smaller species are most frequently observed, likely due to their abundance in the wider ecosystem (Britton et al, 2006; Remonti et al, 2007; Cousins et al,2011). It should be noted however, that otters have  been known to prey on larger animals, most notably lambs (Harris, 1986) and hare (Conroy & Calder, 2000), though some incidences of otters consuming large mammalian prey are undoubtedly the result of carrion consumption such was the case with Lanszki et al (2001).