As southern sea otter population recover from near extinction due to hunting for the fur trade, they are still suffering from low genetic diversity. A new study examines the most effective way to save them. 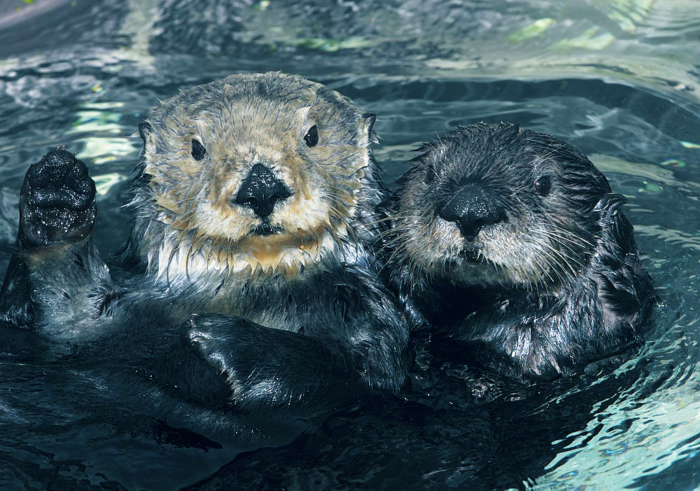 A study has examined how best to bolster the southern sea otter population. This population suffers from low genetic diversity and has been further ravaged by Toxoplasma brain disease and others, shark attacks and illegal shootings by fishermen.

Currently hovering at around 3,000 animals along the California coast, this small subspecies is listed as a threatened species under the federal Endangered Species Act. The recent study, led by University of Wyoming researchers and including scientists from the U.S. Geological Survey, the California Department of Fish and Wildlife, Seattle Aquarium and the Smithsonian Conservation Biology Institute, was published in the journal Evolutionary Applications.

“Sea otters have recovered in their core area but have not recolonised where they used to be,” says Erick Gagne, a former University of Wyoming postdoctoral researcher and lead author on the study. “They are currently locked between just off the south of San Francisco Bay to just north of Santa Barbara. They used to go through to Oregon and connect with the northern sea otter.”

Northern sea otters, which are much more abundant, currently have a territory that ranges from northern Washington to throughout Alaska. In the 1700s and 1800s there were, according to Gagne, “a ton of sea otters” located up and down the California coast, and up to Russia and Japan – sea otter numbers were estimated to be between 150,000 and 300,000.

But by around 1900, southern sea otters (which had been hunted heavily for their fur) were thought to be extinct. Approximately 50 southern sea otters were discovered in the Big Sur area in 1938 and today there are around 3,000 individuals thanks to an international ban on hunting, conservation efforts and reintroduction programmes.

“When you have that large of a reduction, you lose genetic diversity,” said Gagne. “As the numbers recover, genetic diversity does not recover as rapidly, leaving the population vulnerable.”

Southern sea otters are important to the ecosystem because their diet includes a lot of invertebrates, including sea urchins and abalone, which graze on kelp. If sea otters did not eat these invertebrates, kelp forests, which provide food habitat for multiple species of fish, would be lost.

However, as sea otter populations reach high numbers in the core, the southern sea otters’ food supply becomes limited. In turn, this makes it difficult for the animal numbers to increase in their limited core range. “Some biologists would like to see their range expand northward,” Gagne says.

This research shows that the way this method is calculated can make important differences in the final effective population size number. The U.S. Fish and Wildlife Service recovery plan uses effective population size to determine when the southern sea otter is to be delisted as a federally threatened species. Gagne states that if they use old methods of calculation, the southern sea otter may be delisted too soon for true recovery.

Sea otters had been hunted to near extinction during the North Pacific fur trade. Large-scale hunting, which killed approximately one million sea otters, began in the 18th century when hunters and traders from all over the world met foreign demand for otter pelts, which were one of the world’s most valuable types of fur because sea otters have the thickest fur of any mammal. The southern sea otter has recovered over part of its former range but remains at relatively low numbers, making it desirable to obtain accurate and consistent estimates of effective population size.

For this study, Gagne and Ernest combined 13 years of demographic and genetic data from 1,006 sea otters to assess multiple effective population size estimators, as well as changes in genetic diversity and population genetic structure over time. Genetic diversity of the southern sea otter was low and did not increase, according to the paper. There was no evidence for distinct genetic units, but some evidence for genetic isolation by distance, the study concludes.

Based on their results, the study’s authors recommend the development of new delisting criteria for the southern sea otter. They advise the use of multiple estimates of effective population size for other wide-ranging species, species with overlapping generations or with sex-biased dispersal, as well as the development of improved metrics of genetic assessments of populations.

“We need new measures to assess their genetic well-being,” Gagne says. “That’s the next step for sea otters and other endangered species.”