One study, based on over 40 year’s worth of data, has now shown the crucial role sea otters play in the kelp forests in which they inhabit. 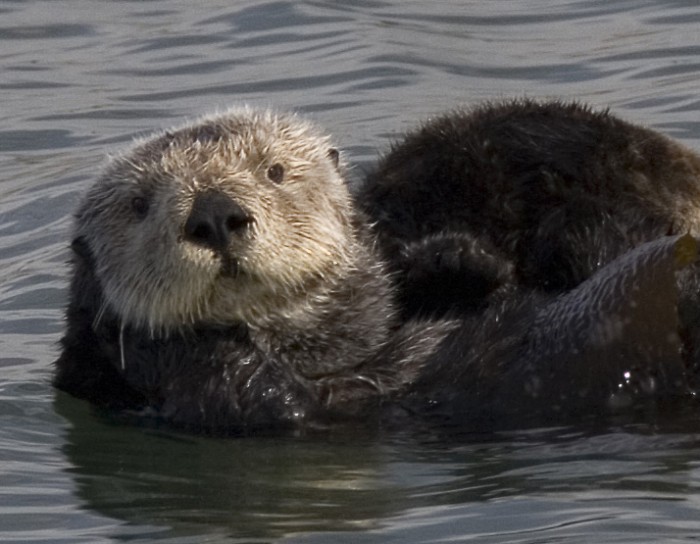 Sea otters are one of the world’s smallest marine mammals. Unlike most, they have a thick layer of insulating fur (rather than blubber) to keep them warm in the cold waters of the northern and eastern North Pacific Ocean. This thick fur has not only made them popular with animal lovers, it also made them attractive to the fur industry.

Due to the commercial harvest, they were once hunted to near extinction, saved only by a treaty in 1911 that ended the hunt and allowed their numbers to rebound. The lack of blubber also makes them susceptible to oil spills, most notably the Exxon Valdez spill in 1989, which killed up to 40% of sea otters in Prince William Sound.

Population numbers from Kodiak in Alaska to the western Aleutian Islands have also dropped in recent years, some as much as 67% since the mid-1980s according to the US Fish and Wildlife Service. Many scientists believe that this due to predation by killer whales that are increasingly preying on the otters as their usual prey of seals and Steller sea lions have become scarce.

One study, based on over 40 year’s worth of data, has now shown the crucial role sea otters play in the kelp forests in which they inhabit. Sea otters eat sea urchins, and where the otters thrive the urchins seek refuge in rock crevices and feed on kelp detritus. Where sea otters are absent however, the urchins become mobile and graze on the live kelp, reducing kelp density and distribution. Sea otters therefore protect the kelp, aiding the fight against rising carbon dioxide levels because kelp absorbs the gas.

Published in the journal Frontiers in Ecology and the Environment, the results showed that the otter protected kelp beds absorb around twelve times as much carbon dioxide during photosynthesis as kelp beds thinned out by the sea urchins. Atmospheric carbon dioxide is a danger to our oceans because the gas dissolves in the water and increases acidity levels, a process known as ocean acidification. In fact, the authors estimate that the cost of offsetting the carbon that the sea otters enable the kelp to absorb amounts to between $205 million and $408 million, a high price to pay if the otters were to disappear.

This study not only highlights the need to protect sea otters and the vital role they play, but also demonstrates the interconnectedness of nature, and what can go wrong if those connections are broken.