Home › Articles & Blogs › B is for Bush-Cricket

B is for Bush-Cricket

Nineteen species have been recorded in Britain, of which at least ten are resident natives, and this list is lengthening as climate change drives the distribution of many species northwards. 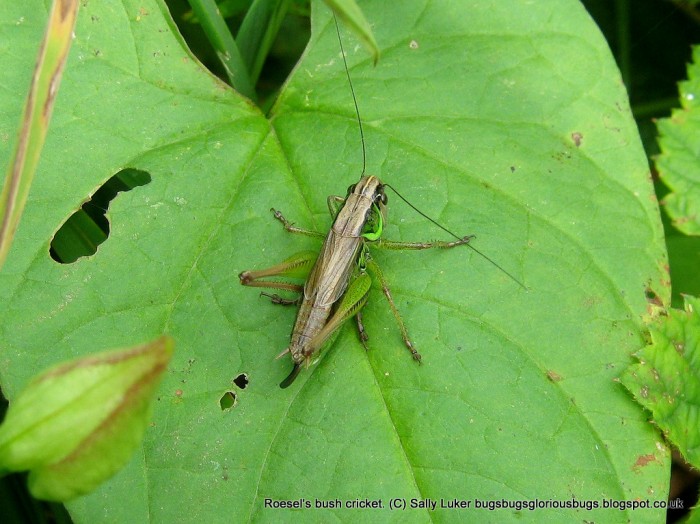 Bush-crickets, the Tettigoniidae family, are striking, leggy, and rather large animals; in fact, the great green bush-cricket is one of the UK’s biggest insects. Like their true cricket relatives, they are distinguished from grasshoppers by long antennae which usually exceed their body length, and make for an arresting sight waving about in front of the cricket’s armour-plated, rather inscrutable face. Nineteen species have been recorded in Britain, of which at least ten are resident natives, and this list is lengthening as climate change drives the distribution of many species northwards. As a result, several bush-crickets have gone from being rare inhabitants of the south-east to more widespread residents: Roesel’s bush-cricket and the marvellously named long- and short-winged coneheads.

The key to these species’ success may be the production of extra-long winged forms known as macropters. These can fly some distance, unlike the more common and mostly flightless short-winged forms, spreading into novel territory and establishing new populations. Macropterism is thought to be triggered by population overcrowding, limited food availability, and warm weather, and in fact one may follow the other when warm spells lead to a successful breeding season and therefore a high density of nymphs the following year. Once a new population is established, the long-winged form quickly goes back to being rare since there is a trade-off between reproductive success and dispersal ability.

The relative importance of macropters to range expansion is debatable, with some evidence showing that Roesel’s bush-cricket, for example, has mostly spread by gradual colonisation over short distances in at least part of its range. However in the wake of the European heat wave of 2003, one study found a high level of immigration by long-winged individuals into a previously unoccupied area, originating up to 19 km away, and in large enough numbers to overcome any genetic founder effects in the resulting population. This would suggest that one unusual year can indeed have a significant impact on the distribution of macropterous bush-crickets. 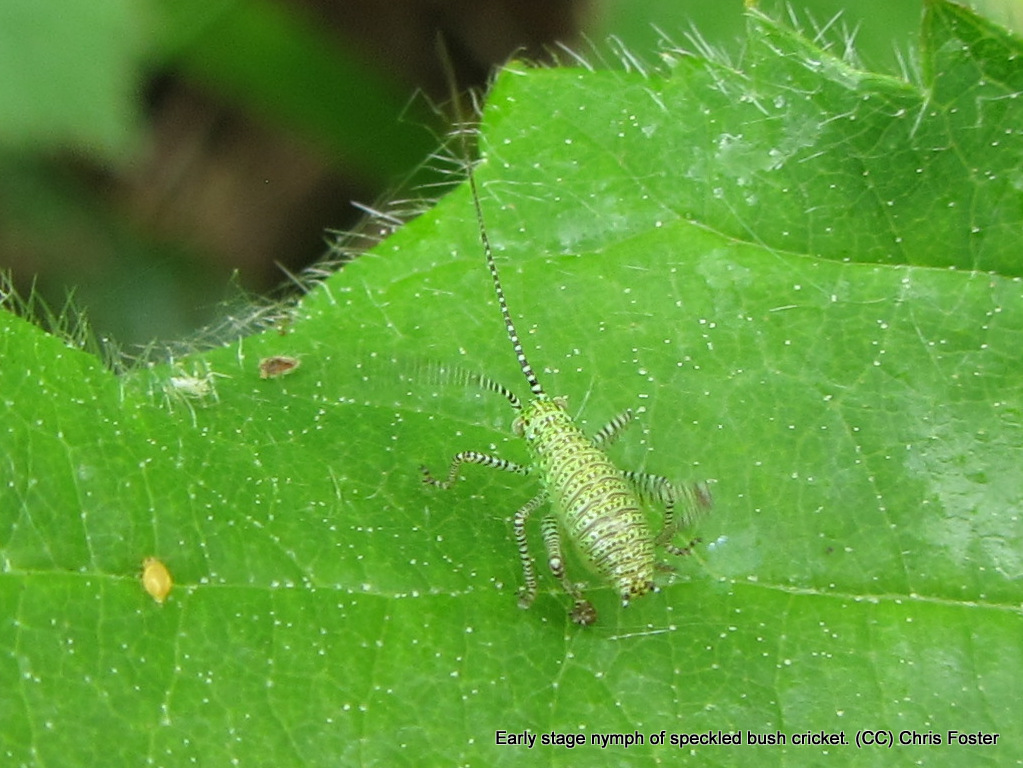 Since it is February as I write, one question that springs to mind is where bush-crickets are now. They actually see out the winter in egg form, existing in suspended animation until warmer weather triggers the completion of development inside the egg until hatching. There are then several nymphal stages, each more closely resembling an adult bush-cricket than the last. Eggs laid later in the year may actually pass through two winters before completing their development. This improves the population’s resilience as it means an individual female’s offspring emerge over two years, increasing the chance of at least some of them enjoying good conditions and surviving to adulthood.

Hopefully this means the long term population impacts of 2012’s wash-out summer on bush-crickets will be minimal. Between rain showers, I found one of the best ways to see them last year was to approach the source of unfamiliar insect songs and stake out the vegetation until something moved. That way I started to mentally pair species with song, and by the end of the year I could count off singing Roesel’s crickets as I walked by, without needing to stop and check their identity. To help identify what you might see and hear in the (hopefully) warmer months ahead, there’s plenty more bush-cricket info on the National Orthoptera Recording Scheme’s website.