‘W’ is for Wart-Biter, which, much to the astonishment of anybody you tell, does just that. 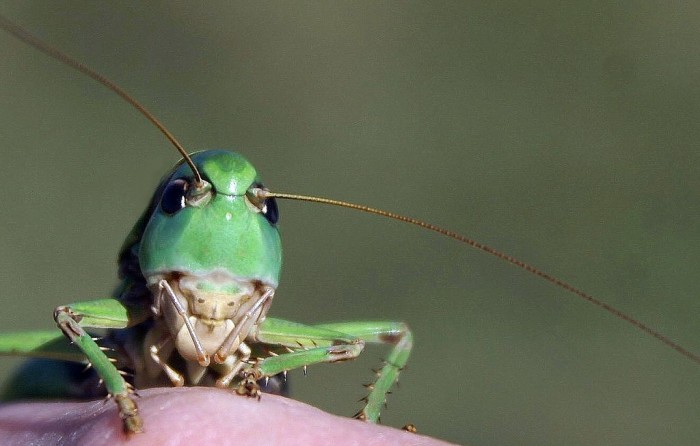 Insects get a raw deal out of modern culture.  Even in the age of ‘the new nature writing’, with nature books riding high in the bestseller charts, insects don’t often capture the public imagination. For example, at the time of writing just six of the Amazon bestsellers categorized under ‘nature’ were specifically insect books. Of these two are about butterflies – which don’t really count, as everybody loves butterflies! – leaving only bumblebee guru Dave Goulson’s hugely successful pair of nature memoirs, the best available field guide to moths, and a general insect field guide.

The six-legged world fares little better in the Waterstones bestseller lists, where the top 50 nature books features three iterations of Michael Chinery’s classic guide to British insects, Goulson again, and another few books about butterflies and moths. I don’t want to overstate the poor representation of insects – it is encouraging that the likes of Dave Goulson are making a splash – but I think it is symptomatic of insects’ not really being considered proper animals. Even so-called animal lovers would readily admit to having a ‘squash first, ask questions later’ policy towards any insect that gets too close for comfort.

This is a pity, for there is a great wealth of cultural heritage associated with insects, dating back to when they were much more a part of our everyday experience – and presumably much more abundant, before the advent of modern farming. One particularly strange and wonderful example is the wart-biter cricket (a now very rare member of the bush cricket family), which, much to the astonishment of anybody you tell, does just that. Watch this old TV clip on YouTube for a description of the wart-biter in action, delivered with beautiful British understatement by a London Zoo keeper.

The dubiously useful wart-curing function of this gastronomic orthopteroid was apparently first discovered in Scandinavia, but clearly the practice caught on across Europe, giving rise to the English common name as well as the French verrucivore. Moving back to the present day, if a cricket that apparently seeks out and destroys warts isn’t able to pique public interest, I don’t know what can.

Arkive page for the wart-biter cricket