In 1982, the population numbered just 22 individuals, but now that figure has risen to around 400, thanks to captive breeding and release programmes. 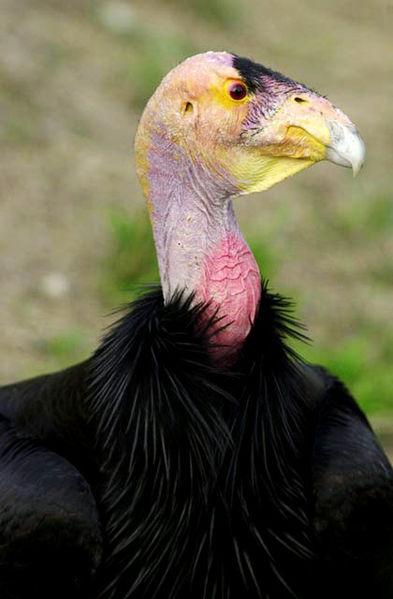 The California Condor, with an impressive wingspan of nearly ten feet, has staged a remarkable recovery over the past few decades. In 1982, the population numbered just 22 individuals, but now that figure has risen to around 400, thanks to captive breeding and release programmes. Yet a study published recently in the Proceedings of the National Academy of Sciences shows that we shouldn’t be celebrating just yet.

The California Condor declined to such low numbers due to habitat destruction, poaching and lead poisoning. This led to all 22 of the remaining wild condors being taken into captivity, and even now half of the 400 birds are in captivity. About $5 million is spent each year on programmes to increase the population, but the researchers of the study say that without these efforts the birds would likely die off again.

The main culprit is lead poisoning, which causes the birds to suffer from paralysis, stiff joints and they can lose their ability to fly. At high levels, it will result in death. The condors are trapped twice a year and blood tests taken, and when necessary are treated for lead poisoning by vets. The study revealed that nearly a third of the more than 1,100 blood samples taken showed serious lead exposure and 20% of wild condors have lead levels in their blood high enough to require treatment. Since 1997, around half of all wild condors have had treatment.

There is no doubt that the lead comes from bullets used by hunters. The researchers used isotope ratios found in different sources of lead to show that the condors are poisoned by the type found in bullets, and from no other source. The main source of food for the birds is the carcasses of large mammals such as deer, or gut piles left by hunters. As lead bullets fragment on impact, pieces are spread throughout the animal and are ingested by condors. The State of California set a partial ban on the use of lead ammunition in condor habitat in 2008, which was later expanded, but the researchers found no corresponding drop in lead poisoning in the birds. Even if only a few hunters are still using lead ammunition, there will be enough contaminated carcasses to poison a significant number of condors. If just 0.5% of carcasses contain lead, the probability that a condor will encounter a contaminated carcass is 85-98%, and one encounter is enough to kill.

Groups in the US, such as the Center for Biological Diversity, are campaigning to convince the US government to ban the use of lead ammunition, but this is vigorously opposed by gun rights groups and lawsuits are ongoing. It is clear that expensive and intensive conservation efforts will still be required to maintain the population of these iconic birds for the foreseeable future.