A new study has shown that the policies regulating the hunting of grey wolves do not match basic scientific data, and potentially undermine conservation efforts. 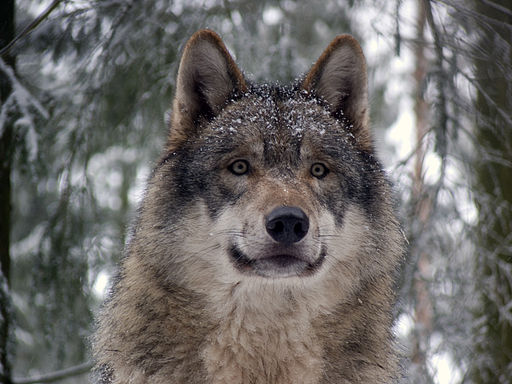 For centuries, the grey wolf in the United States had an image problem. Fear and superstition made the species hated by the livestock industry and the victim of federal predator control. By 1945, it was extirpated from the West. Today, the wolf has a new image – that of a highly social animal that plays a pivotal role in entire ecosystems. The Endangered Species Act gave it a chance to thrive, and numbers have rebounded. Yet it still faces persecution, both from predator control and poachers, so complete recovery is a long way off.

Grey wolves in the Northern Rocky Mountains can now be hunted because they have been removed from the endangered species list, many believe prematurely as numbers are still low. However, a new study has shown that the policies regulating the hunting of grey wolves in this area do not match basic scientific data, and potentially undermine conservation efforts.

An international team of scientists, with decades of experience studying many large carnivores, such as wolves, lions, tigers, African wild dogs, dingoes and sharks, published their findings in Science. They discovered that the current harvest levels for this recently de-listed population of grey wolves have led to decreased survival and reproduction, smaller packs, social disruption and a reversal from population growth to population decline.

Lead author Scott Creel noted: “Current policies state that half of a wolf population can be shot annually without causing the population to decline. On the basis of ecological theory, this suggestion is not likely to be correct for the wolf, or indeed for any large carnivore.” Dennis Murray, a co-author, explained: “A population’s growth rate is the sum of individual rates of survival and reproduction, and data show that current policies regulating wolf hunting have caused both to decline substantially.”

The study did emphasise that many large carnivore populations are managed sustainably, but that current harvest rates and related policies for the wolf population in the western United States are not sustainable. “While regulated carnivore hunting can potentially minimize human-wildlife conflict and provide revenue for conservation, it can also drive population declines of threatened species,” said marine predator expert Neil Hammerschlag. “Well-regulated hunting of predators needs to be guided by strong science and consider both the costs and benefits for conservation.”

The data also suggested that policies regulating carnivore hunting should pay more attention to the distinction between populations that are locally stable and those that are maintained only by immigrants from other areas. “With lions, for example, we have found that hunting in one area can create a ‘vacuum effect’ that draws lions out of adjacent areas. This movement and social disruption can have a strong effect on a population’s growth or decline,” said another of the study’s authors, Andrew Loveridge.

The findings of this study highlight the need for several revisions and clarifications to policies in the Northern Rocky Mountains, where the grey wolf remains the subject of controversy while continuing to fight for its survival.