Decline of the Monarch

Illegal logging of the oyamel forest, the monarchs favoured trees to hibernate in, still continues despite an increase in the size of nature reserves by the Mexican government. 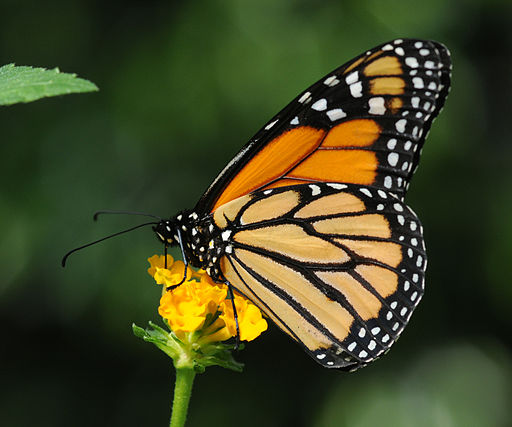 Monarch butterflies are appropriately known to scientists as Danaus plexippus, which in Greek literally means “sleepy transformation”. Like many insects of temperate regions, they cannot cope with harsh winters, so they travel south from their summer residence in North America to hibernate in Mexico; a voyage that is one of the most spectacular migrations on earth.

The migration is best described as an intergenerational relay. Most adults only live 4-5 weeks, but in autumn, one special generation is born that lives for 7-8 months. This allows them to make the 2,800 mile trip to Mexico, flying about 50 miles a day, and drinking nectar to replenish energy. They hibernate until the warm spring weather arrives, but no individual makes the entire return journey. Instead, the short-lived offspring lay eggs along the way, until their descendants make it back to North America.

A recent study, however, has documented a decline in monarch numbers over the last 17 years. Researchers from the Universidad Nacional Autonoma have shown that there have been significant declines in the total area occupied by the hibernating butterflies in Mexico, from a high of 20.97 hectares in 1997, to a low of just 1.92 hectares in 2010. Illegal logging of the oyamel forest, the monarchs favoured trees to hibernate in, still continues despite an increase in the size of nature reserves by the Mexican government.

In North America too, there are threats to the butterflies. Monarch eggs are laid on milkweed plants and the larvae feed exclusively on milkweed leaves. Therefore, their survival is critically dependent on the availability of this plant.  Milkweed grows amongst maize and soya, two crops that are genetically engineered to be resistant to the pesticide glyphosate, the most popular pesticide in the USA. With such widespread use of glyphosate, it is possible, according to one study, that milkweed may disappear almost completely from crop lands. Development and biofuel production are also having an impact, contributing to an estimated loss of over one fifth of the monarch’s north eastern US breeding range.

With such threats to their survival, it is no wonder that this year Mexico may play host to what Monarch Watch describes as possibly “the smallest overwintering population yet.”