By Alex Taylor on 1st February 2012 in World Conservation Issues 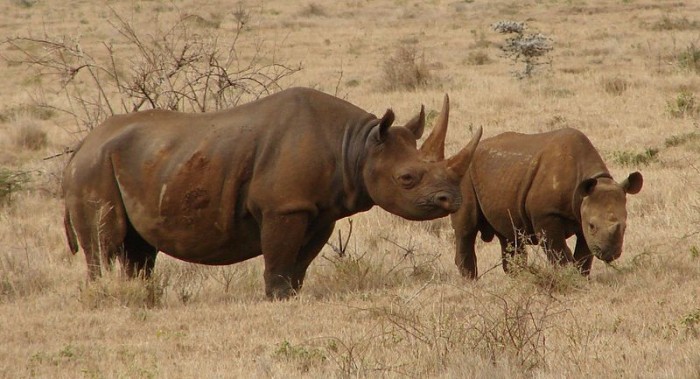 2011 was a very bad year for rhinos. Home to the greatest number of rhinos, South Africa witnessed a record number of rhinos killed for their horn, as affluence and demand rises in the East.

Over 90% of Africa’s black and white rhinos live in South Africa, over 20,000 animals. Sadly, in 2011 443 individuals were killed by poachers for their horns, nearly 100 more than the 333 killed in 2010. Worrying figures given that only a decade ago South Africa was losing only 15 animals a year to poaching. So what has caused poaching to increase on such a huge scale?

Poaching has increased dramatically since 2007. Rhino horns have been used for centuries in traditional Chinese medicine as a perceived treatment for fever and rheumatism, but recently a growing affluent class in other countries such as Thailand and Vietnam have more money to spend on traditional medicines. A belief seems to have taken hold in these countries in recent years that ingesting powdered rhino horn can prevent, and even cure, cancer, a belief that clearly has no basis in science. This has fuelled demand, consequently the street value of horns has soared to around $65,000 a kilogramme, making it more expensive than gold and platinum.

This has led to the rhinos being targeted by poachers who are sponsored by international crime syndicates and use high-powered weaponry, night vision goggles and helicopters to hunt the animals. In response, huge sums of money are being spent on soldiers and surveillance aircraft in the Kruger National Park, where roughly half of the poaching has taken place.

The World Wildlife Fund (WWF) however, is warning that this is not sufficient to halt the sale and smuggling of the horns. South Africa’s government is now considering whether to legalise the trade in rhino horn and have commissioned a study into whether this would bring down levels of poaching. But the WWF believe that this could further endanger the animals, with too many unknown consequences. With experts warning that the number of rhinos dying has reached a level likely to lead to population decline, time is running out for these African giants.

It is clear that despite trade bans and lengthy campaigns, tackling the problem of illegal poaching of both rhinos and elephants must remain a conservation priority.