It felt fantastic to be part of such a huge project, one which helps to make a difference in conserving such a charismatic species.

By Emily Wilson on 9th September 2011 in UK Conservation Projects 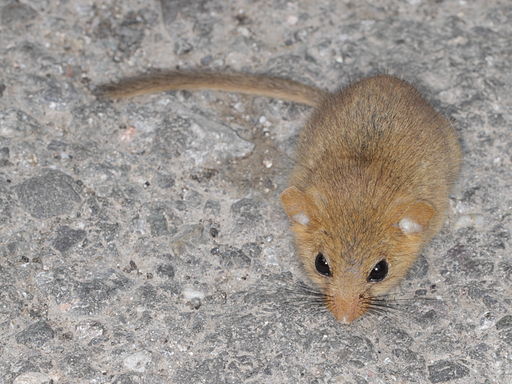 Working at the People’s Trust for Endangered Species (PTES) is not only inspiring but fun too!  With a small bunch of devoted conservationists working on a multitude of different species, from hazel dormice and hedgehogs, to water voles and stag beetles, the PTES have come up with lots of different ways to monitor protect and educate the public about these native and vulnerable species.

Since working there I have had most experience with the Hazel Dormice Monitoring Programme.  With masses of data collected from willing volunteers nationwide during the Great Nut Hunt, there was much to sort out.  My job was to collate all this information for the team into a straightforward but information packed database, as well as putting this information into the official national dormice Database.  On top of this I learnt how to use GIS mapping software to note the locations of all positive recordings of dormice over the last 20 years, so that the team had up to date data on dormice populations nationwide. It felt fantastic to be part of such a huge project, one which helps to make a difference in conserving such a charismatic species.

More recently I was given the duty of collating information for a new website linked to PTES aimed at informing vets and wildlife rescue centres as to what to do when they are brought injured or orphaned dormice by the public.  If a dormouse has lost a portion of its tail for example, it will most likely not survive in the wild and they are often put down instead of released.  However, these animals could prove invaluable to dormice breeding programmes and therefore should be cared for until collected.  My website information was gathered from PTES literature as well as expert opinions from breeders and non PTES members that also work on hazel dormice conservation.  The main topics covered were history, location, hand rearing and re-release advice, and breeding centre contact information.  This was an exciting project to work on and proved extremely useful in making more contacts in the environmental sector.