E is for Elephant Hawk-moth

Few who presumed moths to be uniformly brown and a bit boring could hold that view after gazing on the Deilephila, big bold creatures dressed as if ready to star in an 80’s music video. 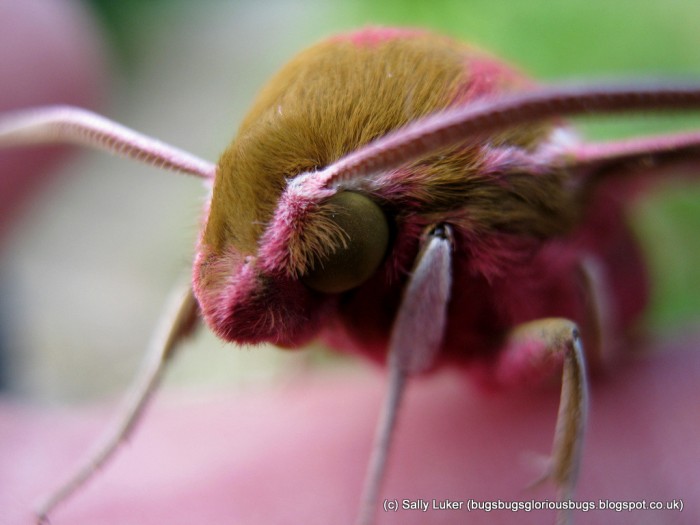 With a dauntingly long list of possibilities to choose from, it feels a little wasteful to expend as much as one post in 26 on just one species in almost 26,000. But I wouldn’t want this series to become stale. I could have started as I usually do, by reciting a few facts:  that there are in fact two species of elephant hawk-moth found in Britain, the common and strikingly pink Deilephila elpinor and the less common but even pinker small elephant hawk-moth, Deilephila porcellus, that they are both named for the caterpillars which somewhat resemble elephants’ trunks, that larval elpinor tend to feed on rosebay willowherb whilst the adults, on the wing from May to July, prefer honeysuckle. But that isn’t really necessary.

I want you to focus not on facts pertaining to elephant hawk-moths, but on their rather fetching shade of pink. Let that colour saturate your retinas. Isn’t it the most intense, improbable hue? Few who presumed moths to be uniformly brown and a bit boring could hold that view after gazing on the Deilephila, big bold creatures dressed as if ready to star in an 80’s music video. 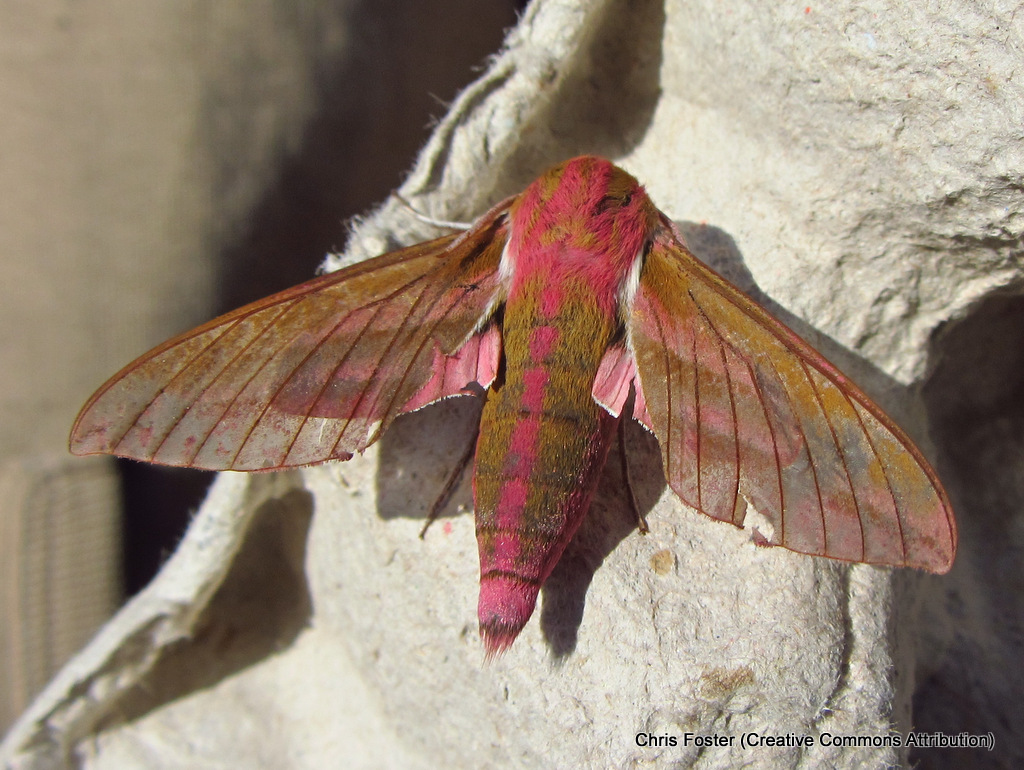 Insects may be vital elements of every ecosystem, worth billions to the global economy. Understanding their biology may well make a fascinating contribution to knowledge. But I’m suspicious of the idea that these worthy reasons provide the deep-seated founding motivation for most insect conservationists and entomologists. I reckon that the majority of them do what they do simply because at some point in their life they came across an insect species (or family, or order) that they thought was incredibly cool, much as today’s star attraction is, and they couldn’t help but want more. Call it the hawk-moth hypothesis.

In this way I suppose we’re talking about the insect equivalent of a panda, or indeed an elephant: charismatic megafauna. And it has to be said there’s much criticism of how the so-called ‘big cuddly’ animals hoover up resources and enthusiasm, supposedly at the expense of rarer or unfairly overlooked species. Could this same phenomenon occur not just with exotic endangered mammals but within domestic invertebrate conservation too? Perhaps it might: plenty of tiny, ‘plain’ but very rare insects hardly get a look in compared to the more stimulating dragonflies and butterflies – or hawk-moths. But I prefer to imagine that an encounter with an animal as exuberant as this might not be a distraction, but can instead be a gateway to discovering more. That to delight in the pink of an elephant hawk-moth might give birth to the same regard for the many other glories of the insect world, which may be visually subtler but are hardly any less wonderful.