Like many other baleen whales, blue whales accumulate layers of wax, lipids and keratin protein in their ear canals, which build up over time to form long earplugs. 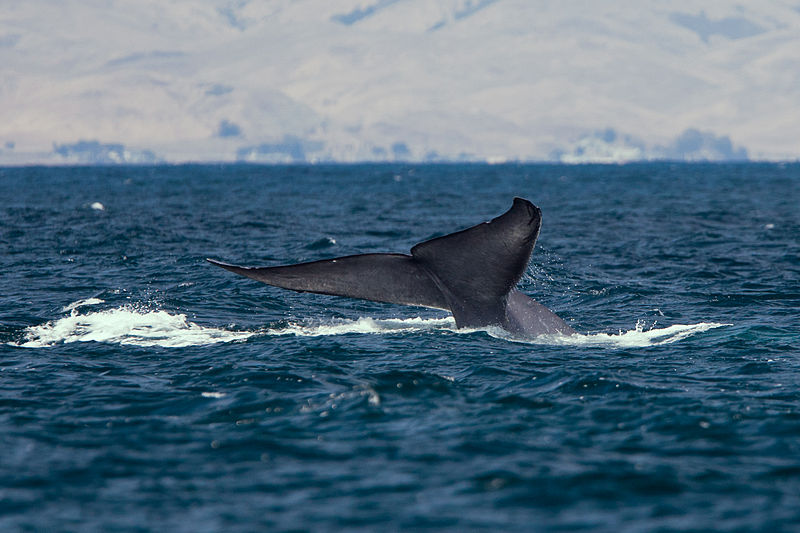 The blue whale is the largest animal on Earth, and one of the most endangered. The species was decimated by whaling practices, and now numbers between just 5,000 and 12,000 individuals. They are currently threatened by environmental noise, pollution and entanglement in fishing nets. However, an innovative team of scientists have found a way to demonstrate how badly our activities are affecting them – by examining their earwax.

Like many other baleen whales, blue whales accumulate layers of wax, lipids and keratin protein in their ear canals, which build up over time to form long earplugs. Scientists have previously used these earplugs to age whales, as alternating layers of dark and light within the plug correlates to seasons of feeding or migrating. Now, scientists from Baylor University in Texas have used a 10-inch (25 cm) long earplug from the carcass of a 70 foot (21 metre) blue whale to obtain its chemical profile.

In the earwax archive, they discovered traces of 16 pollutants, including pesticides such as DDT, and flame retardants. They were most prevalent from the whale’s birth until it was 6 months old, which indicates that the pollutants were transferred to the whale from its mother before it was born and while it was nursing. The earwax also showed that the whale had been exposed to mercury at several periods throughout its life, a chemical which can cause brain damage. In addition to these pollutants, the scientists found that the whale’s level of cortisol, a stress hormone, increased over the course of its life. This could be explained by natural events such as migration or changes in social status, but could be caused by human activities, for example, environmental noise.

In the past, whale’s blubber was used to determine its hormone levels and chemical exposure (as they absorb chemicals when traversing the ocean) but this method did not indicate when contamination occurred or how long it lasted. The earwax provides a far more accurate picture. And as the earwax remains intact even after death, analysis can be carried out on earplugs of the one thousand or more whale specimens in museums throughout the world. This will demonstrate historic changes in chemical exposure and hormone levels, and will show more specifically the causes of the cortisol increase.

An ingenious way to discover new details about the lives of these ocean giants. The results of the study can be found in the journal Proceedings of the National Academy of Sciences.