A Day for Hen Harriers

As well as raising awareness through Hen Harrier Day, the RSPB are also trying to raise money for research and education to aid conservation. 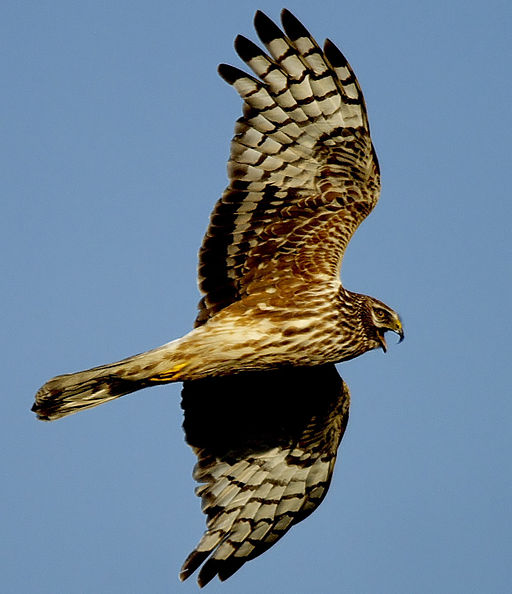 Image: By Kositoes (Own work) [Public domain], via Wikimedia Commons

The 10th of August was officially Hen Harrier Day. It was timed to coincide with the start of the grouse shooting season on the 12th August – the ‘glorious 12th’ as it is known, or the ‘inglorious 12th’ as it has been dubbed by conservationists and anyone else who is against the shooting of grouse and the illegal activities of some gamekeepers.

Hen Harrier Day was organised and co-ordinated by a coalition of conservationists and conservation organisations, including Chris Packham, Birders Against Wildlife Crime, the North West Raptor Protection Group, the RSPB and its former conservation director Mark Avery. They used the day to highlight the illegal persecution of hen harriers on upland grouse moors. On their website, Birders Against Wildlife Crime (BAWC) states: “For BAWC, Hen Harrier Day is primarily about raising awareness of wildlife crime – the persecution of a protected bird of prey. We feel that to move on from the current situation, there has to first be a full and clear acknowledgement from the shooting industry that illegal persecution has been widespread and is a limiting factor on Hen Harrier populations. Next there needs to be a commitment from the industry to ensure that all legislation protecting our wildlife is rigorously enforced, and that lawbreakers – current and historic – are reported to the proper authorities immediately.”

The hen harriers was a common and widespread bird of prey just a few hundred years ago. However, massive changes to land use meant that many of their lowland breeding sites were lost. They retreated to where they are found now – on upland moorland. Some gamekeepers, employed by shooting estates, have persecuted hen harriers ever since. As hen harriers are a natural predator of the red grouse, they see the birds as a threat. This persecution has involved illegal shooting, trapping and disturbance on the moors. Of all Britain’s birds of prey, the hen harrier is the most persecuted. In recent years, as grouse moors have intensified, the number of hen harriers has plummeted.

According to the RSPB, there are around 610 breeding pairs in the UK. For the first time since records began, 2013 was a year that saw no hen harriers fledge young in England. This year, three pairs have bred, all of which have required round the clock protection. The Scottish Raptor Study Group notes that a survey in 2010 found 505 terrestrial pairs in Scotland, a 20% decline from the previous survey in 2004. Hen harriers were exterminated from mainland Scotland in the 19th Century but clung on on islands such as Uist and Orkney – only where grouse moors were not viable. The two World Wars in the 20th Century caused a reduction in gamekeepers when they went to fight, and this (alongside the creation of forest plantations in the uplands) allowed the hen harriers a comeback. At the start of the 21st Century, their numbers rose and peaked, but have been falling ever since.

There are more hen harriers in Wales and Northern Ireland, simply because grouse moor management is not a common land management practice.

An epetition on the UK government’s website, started by Mark Avery, calls for the complete ban of grouse driven shooting in England. It has reached over 16,000 signatures, which means that the coalition government are now obliged to respond to it soon. The cosmetics company Lush and their customers have also supported Hen Harrier Day by asking the Queen for help. In a press release they said: “We call upon the Queen to use her power and popularity to help protect these last precious few Hen Harriers in England, so they can rule our skies once more.” The company’s ethical director added: “What a right royal mess we are in with Hen Harriers. Those who should know better, the stewards of our green and pleasant land, have persecuted these birds to the brink of extinction in England. We are calling on the Queen to use her power to put a stop to this illegal killing, so these rare birds are no longer at risk of being ‘harry’d’ to death.”

As well as raising awareness through Hen Harrier Day, the RSPB are also trying to raise money for research and education to aid conservation. They are tagging and tracking hen harriers, and using the latest camera technology to monitor the birds, deter anyone from harming them and potentially collect evidence of criminal behaviour. They are working to develop practical and inexpensive ways for landowners to provide alternative food for hen harriers and reduce the number of grouse chicks taken by them. And an education programme for the public and local shooting communities is helping to teach them of the plight of the hen harrier.

But time is running out for the hen harrier, and it is the illegal persecution by gamekeepers that must stop if these iconic birds are to remain a feature of the British landscape.