New Zealand’s iconic Yellow-eyed penguins could be extinct by 2060, according the the latest research, which shows that rising sea surface temperatures, fishing nets, toxins and habitat degradation are all to blame.

By Alex Taylor on 20th May 2017 in Bird Conservation, Climate Change 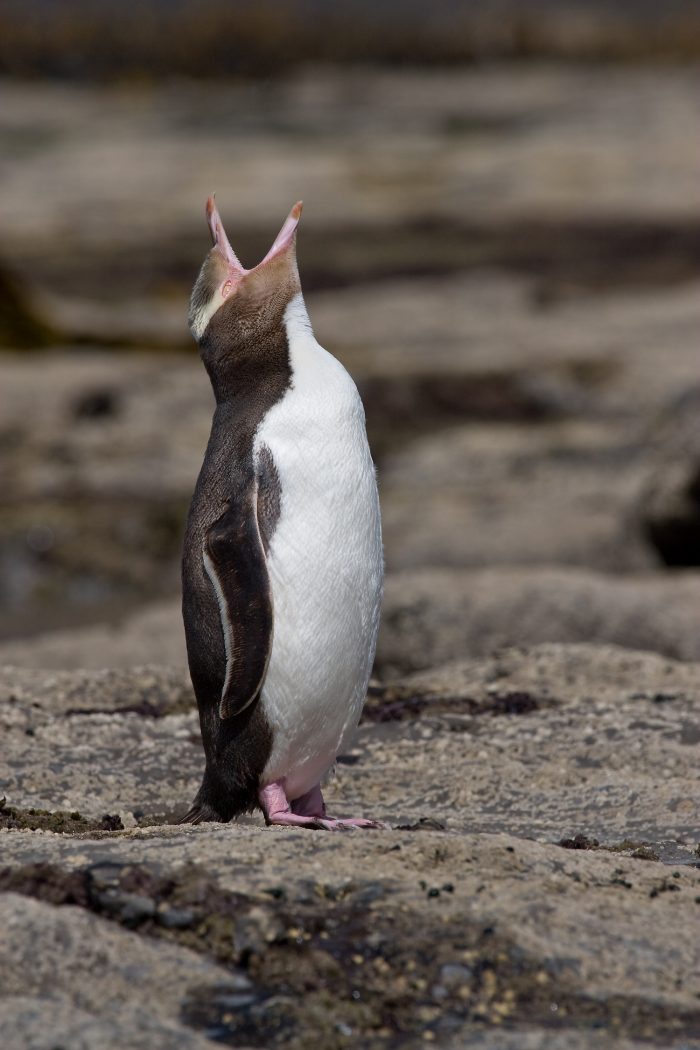 Image: By Christian Mehlführer, User:Chmehl (Own work) [CC BY 2.5 (http://creativecommons.org/licenses/by/2.5)], via Wikimedia Commons

The iconic yellow-eyed penguin could disappear from New Zealand’s Otago Peninsula by 2060, the latest research has warned. In a newly published study, scientists have modelled factors driving the penguin population decline and are calling for co-ordinated conservation action to reduce regional threats.

According to the scientists’ prediction models, the breeding success of the penguins will continue to decline to extinction by 2060. This is largely due to rising ocean temperatures. But their predictions also point to where our conservation efforts could be most effective in building penguins’ resilience against climate change.

Yellow-eyed penguins are classified as endangered, but they are a key attraction for New Zealand tourism. They are widely used for branding and advertising and feature on billboards in airports and on banknotes. However, the chances of seeing a penguin in the wild are slipping away. According to the authors, their predictions are conservative estimates and do not include additional adult die-off events such as one that occurred in 2013 in which more than 60 penguins died.

If the recent poor breeding years – 2013 onwards – are included in the simulation of the future penguin population, the predictions get progressively worse. Including adult survival rates from 2015 into the models, they predict local extinction in the next 25 years.

“It is sobering to see the previously busy penguin-breeding areas now overgrown and silent, with only the odd lonely pair hanging on,” says Dr Ursula Ellenberg, who has researched yellow-eyed penguins for the past 14 years.

Increasing sea surface temperatures in part explain the negative trend in penguin numbers, but is not the whole story. Lead author of the study, Dr Thomas Mattern from the University of Otago, says: “The problem is that we lack data to examine the extent of human impacts, ranging from fisheries interactions, introduced predators to human disturbance, all of which contribute to the penguins’ demise. However, considering that climate change explains only around a third of the variation in penguin numbers, clearly those other factors play a significant role. Unlike climate change, these factors could be managed on a regional scale,” he says.

Yellow-eyed penguins continue to drown as unintentional bycatch in nets set in penguin foraging areas, suffer from degradation of their marine habitat (due to human activities) and die from unidentified toxins. The authors conclude that “now we all know that Yellow-eyed penguins are quietly slipping away we need to make a choice. Without immediate, bold and effective conservation measures we will lose these penguins from our coasts within our lifetime.”

Professor Phil Seddon, Director of Wildlife Management at the University of Otago, says besides shining an alarming light on the state of the Yellow-eyed penguin on the New Zealand mainland, the study also underlines the importance of long-term data sets. He explains: “In the current era of fast science, long-term projects have become a rarity. Without more than 35 years’ worth of penguin monitoring data we would probably be still at a loss as to what is happening to a national icon, the Yellow-eyed penguin.”