The American bumblebee is an important pollinator of Canada’s food crops and trees and shrubs. However, long-term data has shown that it is facing imminent local extinction.

By Alex Taylor on 11th May 2019 in Animal Conservation, Research, World Conservation Issues 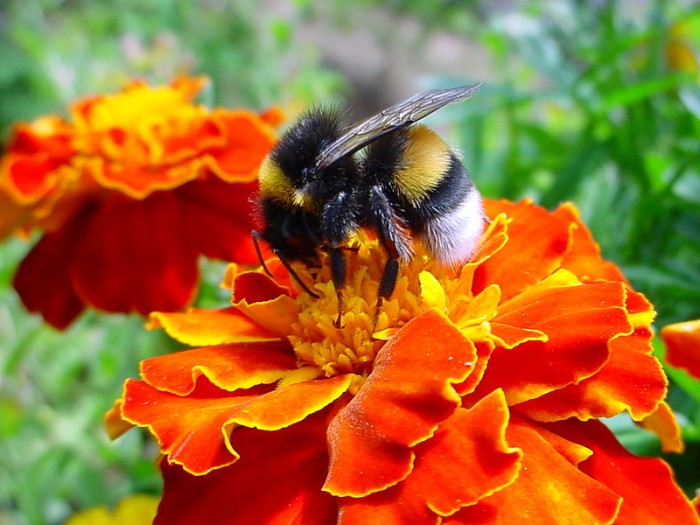 The native American bumblebee is now a critically endangered species, according to new research. In Canada, it is facing imminent local extinction, as reported in the Journal of Insect Conservation.

Many bumblebee species are rapidly declining across North America, but are important pollinators needed to grow Canada’s crops including apples, tomatoes, blueberries and legumes, as well as countless types of trees, shrubs, and wildflowers.

Researchers from York University assessed the extinction risk of the American bumblebee, ranking the risk much higher than a federal advisory committee’s most recent assessment which classifies the species’ extinction risk at special concern.

“This species is at risk of extinction and it’s currently not protected in any way despite the drastic decline. Now that we have assessed the extent of the decline and located where the remaining populations are, we can look more closely at threats and habitat requirements to design an effective conservation management plan so that this species does not disappear from Canada forever,” said co-author Sheila Colla, an expert in bees and endangered species in the Faculty of Environmental Studies.

Colla has been studying bumblebees in Southern Ontario since the mid-2000s. This study relies on the annual data that she and her fellow researchers have collected. The study’s research team used data from three sources. They analysed Southern Ontario data from the citizen science program, Bumble Bee Watch, a collaboration of volunteers who submit bumblebee photos through a website or phone app for experts to identify. The researchers used the Bumble Bees of North America database to obtain records of bumblebee species in Ontario and Quebec dating back to the late-1800s. They also used their own field survey work which allowed them to evaluate the status of the species within its Canadian range, using the globally-recognised International Union for the Conservation of Nature (IUCN) Red List assessment criteria.

The researchers found that the American bumblebee’s area of occurrence has decreased by about 70% and its relative abundance fell by 89% from 2007-2016 compared to 1907-2006.

Lead author Victoria MacPhail explains: “This bumblebee species now has a reduced overall range. It used to stretch from Windsor to Toronto, and all the way to Ottawa and into the Quebec area, but it is now only found in some core areas and has experienced a 37% decrease in overall range. It’s now a rare sighting in Toronto. In terms of relative abundance, compared to other bees, you’d have to catch 1,000 bumblebees to find four of this species, and that compares to finding 37 bees in the past. You could walk out the door and win the lottery and find it, or you could be searching for years and not find any.”

This study echoes Colla’s previous findings with the critically endangered Rusty-patched Bumblebee, once found in Southern Ontario. The species has not been seen in Canada for about ten years and drastically declined towards extinction without receiving protection or conservation management.

Colla is hopeful: “The American bumblebee is still found in areas throughout its Canadian range and immediate action may save it from the same fate as the Rusty-patched Bumblebee.”