A large gene-based survey based on nearly 450 samples in MesoAmerica has identified areas of conservation concern for the region’s jaguars.

By Alex Taylor on 22nd November 2016 in Animal Conservation 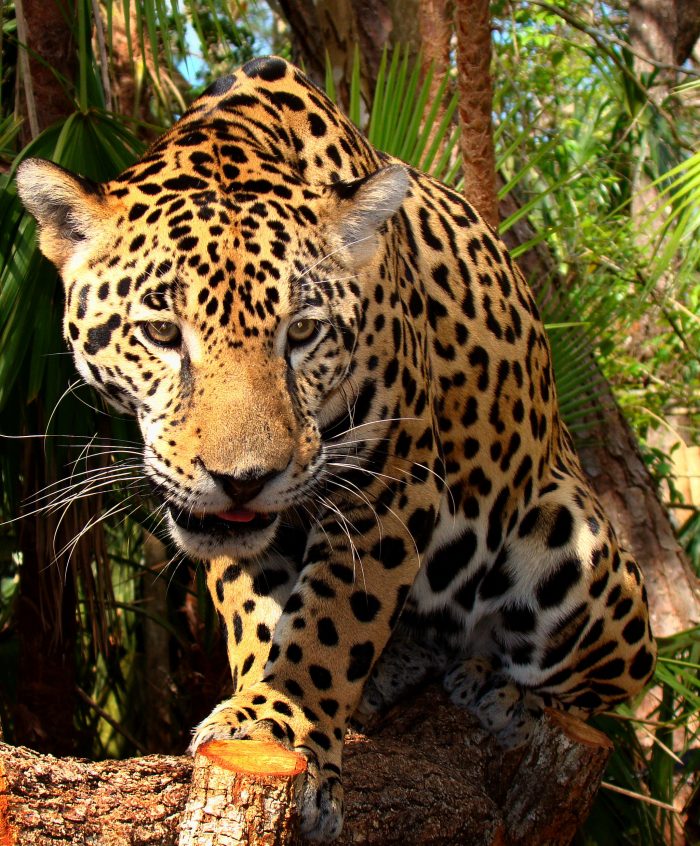 The largest gene-based survey of its kind on wild jaguar populations in Mesoamerica has recently been published in PLOS ONE. The research was conducted by the American Museum of Natural History and Panthera, a cat conservation organisation.

The study’s analysis is based on nearly 450 jaguar scat samples collected in Belize, Costa Rica, Guatemala, Honduras and Mexico. It identifies areas of conservation concern for the region’s jaguars, and underscores the importance of large-scale genetic monitoring efforts when prioritising conservation and management for this near-threatened, elusive mammal.

“Mesoamerica has one of the highest deforestation rates worldwide, potentially limiting movement and genetic connectivity in forest-dependent jaguars across this fragmented landscape. Large-scale conservation genetics studies on wild jaguars spanning across several range countries assessing these threats are rare and suffer from low sample sizes for this region,” said Claudia Wultsch, the lead author of the study, a scientist in the Museum’s Sackler Institute for Comparative Genomics, and a conservation research fellow at Panthera. “Over the last 100 years, jaguars in Mesoamerica have been pushed out from more than 77 percent of their historic range.”

The aim of the study was to understand more about the genetic health and connectivity of jaguar populations in this area and the effectiveness of existing wildlife corridors – stretches of habitat that facilitate movement between local populations. To do this, the researchers used DNA obtained from field-collected jaguar scat. This is a non-invasive technique that enables the collection of large DNA sample sizes of difficult-to-study wildlife species, such as big cats, without physically capturing, handling or disturbing the animals.

“We believe that these jaguars were once continuously distributed over the whole landscape of Mesoamerica, but human activity has resulted in smaller populations that are isolated from other groups,” said George Amato, director of the Museum’s Sackler Institute for Comparative Genomics and the study’s senior author. “We want to know whether this fragmentation is resulting in reduced gene flow or inbreeding or other things that might be detrimental to the animals. But most importantly, we want to figure out ways to reconnect these populations or, even if they’re not completely isolated, to engage in activities that allow jaguars to move more freely across the landscape. One of the only ways to do this is through genetic analysis.”

The researchers analysed DNA from 115 individual jaguars spread across five Mesoamerican countries. Overall, they found moderate levels of genetic variation in the jaguars. The lowest diversity was in Mexico, followed by Honduras. Low levels of genetic diversity is worrying for an endangered species because it could decrease reproductive fitness and resistance to disease, and generally lower animals’ potential to adapt to a changing environment.

When assessing genetic connectivity in the jaguars, they found low levels of gene flow between jaguars in the Selva Maya (the largest contiguous tropical forest north of the Amazon, spreading over northern Guatemala, central Belize and southern Mexico) and those in Honduras. This suggests that there is limited movement between these two areas – surprising since they are so geographically close. The authors say that the region connecting these sites faces rapid land-cover changes, which have severely increased over the last two decades, putting remaining stepping-stone habitats for jaguars at further risk.

The region represents a conservation priority and the study recommends continued management and maintenance of jaguar corridors, and mitigation of jaguars’ main threats, namely, human-wildlife conflict.