Chimpanzees are under threat from many human activities there are only around 6,000 individuals of the Nigerian-Cameroon chimpanzee subspecies are left in the wild. 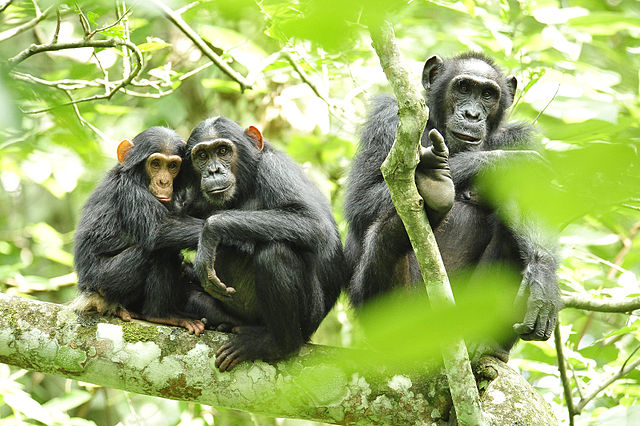 Chimpanzees are under threat from many human activities. They face habitat loss due to industrialised agriculture and logging, illegal hunting and wildlife trafficking. Yet few studies have examined the impact of climate change on chimpanzee populations. One that has done so has revealed that habitat loss caused by increasing global temperatures threatens the most endangered subspecies of chimpanzee, and may do more harm to these animals than anyone has previously realised.

Only around 6,000 individuals of the Nigerian-Cameroon chimpanzee subspecies are left in the wild. The study, published recently in BMC Evolutionary Biology, was conducted by one of the few scientific teams to research this subspecies. The team included scientists from the Wildlife Conservation Society and the University of Stirling, and was led by Paul Sesink Clee from Drexel University in Pennsylvania. He said: “The Nigeria-Cameroon chimpanzee is perhaps the least studied of all chimpanzee subspecies. This is the first time that their distribution and habitat has been studied in such detail, and the data used to predict how their habitats might alter under climate change.”

The team mapped the chimpanzees’ precise geographic locations using reports of sightings and evidence of their activity such as nests and tools, and collected faecal and hair samples for genetic analysis. They then combined this population data with the environmental characteristics of their locations, including climate, slope, vegetation and tree cover to determine how habitat drives the distribution of these animals.

Then, they predicted how the habitats would change under various climate change scenarios for the years 2020, 2050 and 2080 – these were provided by the UN’s Intergovernmental Panel on Climate Change which considered a range of factors, for example, the use of fossil and non-fossil fuels, environmental protection efforts and human population growth.

One of the populations of this subspecies lives in a particularly vulnerable habitat mosaic of forest, woodland and savannah. This habitat was predicted by the team to decline quickly under all scenarios by the year 2020, and could disappear almost entirely under the worst case scenarios by the year 2080. “We were surprised to see that the Nigeria-Cameroon chimpanzees living in the savanna-woodland habitat of central Cameroon are under the most immediate threat of climate change, and may completely lose their habitat within our lifetime,” says Sesnik Clee. The study therefore shows that this subspecies of chimpanzee is vulnerable to climate change, especially this particular population, made up of over half of the total number of individuals in the wild.

The authors of the study note that the models do not take into account the potential for the chimps to adapt to their changing habitats, or migrate to new areas. Yet this research does help guide the conservation of chimpanzees – West-central Africa is currently undergoing incredibly rapid economic growth, and human activities are already encroaching into the chimpanzees’ habitat. As our climate changes, the chimps may soon have nowhere left to go.