One of the greatest threats to the survival of leatherback turtles is industrial longline fishing. 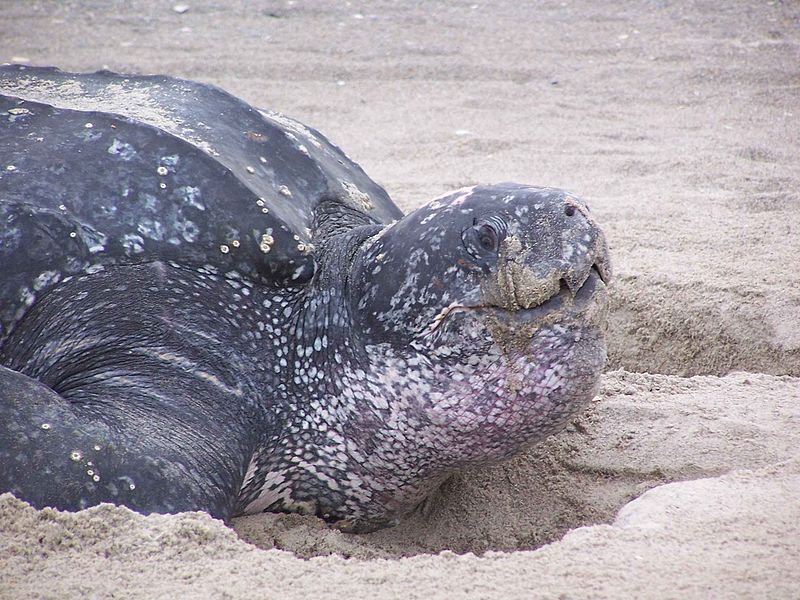 Populations of leatherback turtles in the Pacific Ocean have declined by more than 90% since 1980, making them one of the most endangered animals in the world. One of the greatest threats to the survival of leatherback turtles is industrial longline fishing. Thousands of hooks are set in the ocean to catch fish but leatherbacks get caught on the lines too, both by biting at the bait and getting entangled in the lines themselves.

However, one new study, published in Proceedings of the Royal Society B, has discovered a potential solution to the problem. Researchers from several universities, alongside those from the conservation organisation The Leatherback Trust, used modern GPS technology to predict where fisheries and leatherbacks will interact. This has the potential to reduce the incidents of turtles being captured by fishermen. The researchers examined the ‘use-intensity distributions’ for 135 satellite-tagged adult leatherbacks, and mapped the distributions of longline fishing in the Pacific. The overlap of these distributions in space and time – where they take place and when – allows for the prediction of the risk of accidental bycatch of turtles.

It has proved notoriously difficult to manage bycatch, because of the vast scale of the Pacific Ocean and the sheer number of fisheries from dozens of countries. The problem has also been exacerbated by fishing authorities who are not always forthcoming with information on turtle captures. The results of this new study mean that, for the first time, danger zones can be identified. Lines can now be set in areas where turtles are unlikely to be, reducing the risk to the leatherbacks and a bonus for the fishermen who have to deal with the cost of catching an animal weighing up to 900kg.

This is timely good news, as another study published recently in Marine Ecology Progress Series discovered the dire consequences for loggerhead turtles that had been caught alive by longlines in the Mediterranean Sea and then set free. Around 40% of loggerheads died three months after their release. On freeing a turtle, fishermen will simply cut the line, therefore those turtles will still have hooks in their jaw, mouth, oesophagus or stomach when they are released. But the problem is not the hook, it is the line – they swallow it and it travels all the way through their alimentary canal, ultimately causing many deaths.

Clearly the best option is for the turtles to never come into contact with longline fishing at all, so hopefully this new use of GPS technology can help all species of turtle affected by this massive industry to stay safe in the water.