Home › Articles & Blogs › New Protections For Leatherbacks, But Are they Enough?

New Protections For Leatherbacks, But Are they Enough?

This new designation means that the government will regulate activities that could harm the leatherbacks and their prey, jellyfish.

By Alex Taylor on 22nd February 2012 in World Conservation Issues 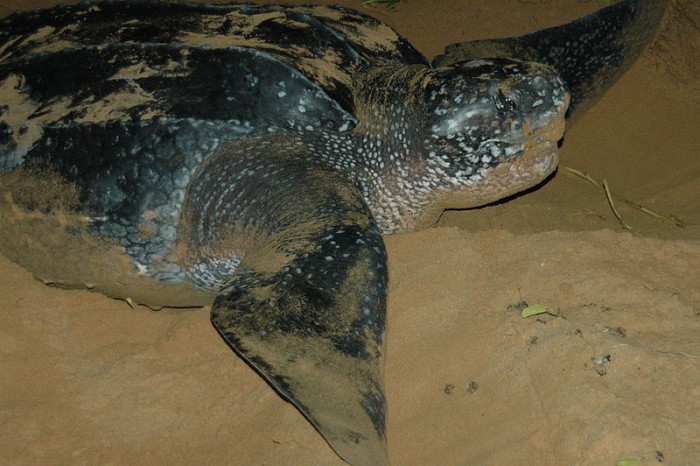 The leatherback turtle, the largest and one of the most endangered marine turtles in the world, has been granted new protection by the US Federal government. 108,556 square kilometres (41,914 square miles) has been designated as critical habitat for the turtle, spanning coastal sea waters from California to Washington state off the west coast of North America. This is the largest protected area ever established in American waters

The decision to protect this area, roughly the size of Guatemala, was made in response to a lawsuit filed in 2009 by the Center for Biological Diversity, Oceania and Turtle Island Restoration Network which pushed the government to designate habitat for the leatherback turtle.

This new designation means that the government will regulate activities that could harm the leatherbacks and their prey, jellyfish. The regulations could target pollution, offshore drilling, agricultural waste, aquaculture and nuclear power and tidal wave plants. However, many conservation groups believe that the government did not go far enough. Although feeding hotspots are protected, the turtles desperately need safe passage to get to them. Leatherbacks travel around 9,654 kilometres (6,000 miles) from their nesting ground in Indonesia to their feeding ground off the US west coast, where they face threats of commercial fishing and marine vessel traffic. It was originally proposed that their migration route should be designated too, safeguarding an extra 74,296 square kilometres (28,686 square miles), but the government failed to do so.

The leatherback turtle has declined by 80% since 1980, and only 2,000 – 5,700 breeding females are thought to remain. It was listed as endangered on the IUCN Red List in 1970, but has since been upgraded to critically endangered. The threats it faces include egg collection for human consumption, ship strikes and plastic pollution that can lead to starvation as their intestines are blocked by plastic bags they mistake for jellyfish. Yet by far the most serious threat is entanglement in commercial fishing gear such as longlines and drift gillnets.

The new critical habitat will protect leatherbacks in their feeding areas, as well as a host of other marine species. However, these heavyweights of the sea still remain vulnerable on their epic migration.