New campaign sparks controversy over the shooting of wading birds

This past week saw the launch of a new petition. One calling for a moratorium on the shooting of critically declining species of wading birds, such Snipe, Golden Plover and Woodcock, in the UK. Stopping short of calling for an all-out ban, favouring instead a halt to the killing, during which proper research into the species declines can be undertaken. He hopes, by an independent research body.

By James Common on 29th September 2016 in Bird Conservation, Environment 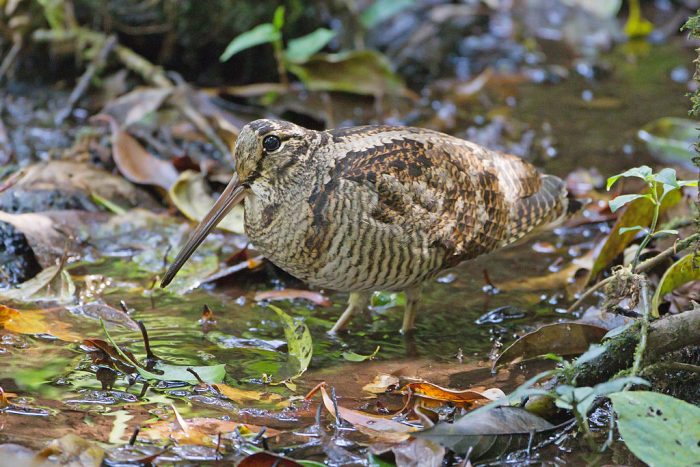 This week past, Chris Packham, no doubt feeling rather chipper following his exoneration by the BBC Trust over claims of bias put forth by the Countryside Alliance, launched a new petition. One calling for a moratorium on the shooting of critically declining species of wading birds, such Snipe, Golden Plover and Woodcock, in the UK. Stopping short of calling for an all-out ban, favouring instead a halt to the killing, during which proper research into the species declines can be undertaken. He hopes, by an independent research body.

Writing on the government petitions site, Chris highlights the woeful trends at the heart of the campaign: with Woodcock declining by 76% over the past 25 years and Snipe by 89% during a similar time frame. Going on to draw attention to the similar crash in Britain’s population of Golden Plover – which between 1993 and 2013 declined by 17% and 25% in England and Scotland respectively.

This petition has been widely welcomed on social media by conservationists, and has already gained over 2900 signatures during its first 24 hours. Though not all have welcomed it, with the Game and Wildlife Conservation Trust (GWCT) suggesting that a moratorium would result in the direct loss of suitable breeding habitat for Woodcock, with species-specific woodland management likely stalling with shooters unable to pursue their chosen quarry. And going on to release a full press statement detailing what they feel can be blamed for the aforementioned declines.

In their statement, the GWCT tackle each species in turn, highlighting a recent “partial recovery” in Golden Plover numbers, and, with regards to Woodcock, disputing entirely the claims of Packham. Going on cite a PhD study which found that only 2% of Woodcock shot in the UK are actually resident birds. Findings which are currently in the process of being written up for a peer-reviewed journal and seem at odds with the figures being publicised by the popular naturalist.

On the subject of Snipe, the GWCT also state:

“The snipe is ‘amber-listed’ as a bird of conservation concern owing to a contraction in breeding range of more than 25% in the last 25 years. However, the species has been in serious decline as a breeding bird in Britain and Ireland since at least the 1960s, and reference to the BTO Atlas shows clearly that declines have occurred primarily on lowland farmland. Drainage and changes in grassland management are widely recognised as the main drivers of snipe declines.”

This statement courtesy of the GWCT can be found here and is certainly worth consideration on behalf of those interested: gwct.org.uk/blogs/news/2016/september/chris-packham-%E2%80%93-gwct-response-to-the-call-for-a-moratorium-on-shooting-waders/

Personally – and this is my own opinion – I agree with the logic behind the proposed moratorium. Specifically, with regards to Snipe and Golden Plover, species with which there is a distinct lack of related research. I have signed Chris’s petition and though I fully agree with the GWCT stance in regards to habitat loss, drainage and other damaging factors, I feel a ceasefire would allow the issue to be put to rest, once and for all.

Chris has already pointed out the downward population trends associated with the three quarry species listed above. They are all suffering, due, no doubt to a range of factors, with habitat management likely at the heart of the issue. Shooting, however, can no be ruled out as a factor. And even the GWCT who are, as their name suggests, altogether pro-shooting, have published findings suggesting that at least a portion of the Woodcock shot during the open season are indeed British breeding birds. As opposed to migrants. Who are we then to say that this is not having a detrimental impact on the overall breeding population of Woodcock? If anything, the lack of knowledge on the subject justifies the need for further, impartial research – which is exactly what the petition calls for. We cannot afford to keep killing without knowledge of the consequences, with this situation baring an all too familiar resemblance to the tale of the Grey Partridge. A species which, despite a prolonged and worrying decline, was still shot on mass until fairly recently. Recovering somewhat in recent times, largely due to the actions of the shooting community.

The research undertaken under the proposed moratorium could go two ways, it could suggest that shooting is indeed a factor in the decline of said species, and thus highlight the need for a ban. Something I would support. We did, after all, stop shooting Capercaillie when we realised they were in serious trouble, with the same currently happening with Black Grouse. Why then are we ignoring the woeful decline of our wading birds?

Of course, it would also go the other way, and suggest that shooting is not, in fact, detrimental to wader populations. As stated by the GWCT. It would not hurt to know either way and with wading birds not particularly significant in an economic nor culinary sense, a halt to shooting would not prove detrimental to rural communities. At least to same extent as a ban on the shooting of more “traditional” gamebirds such as Pheasant or Grouse.

For those interested, the previously mentioned petition can be found here: https://petition.parliament.uk/petitions/167410