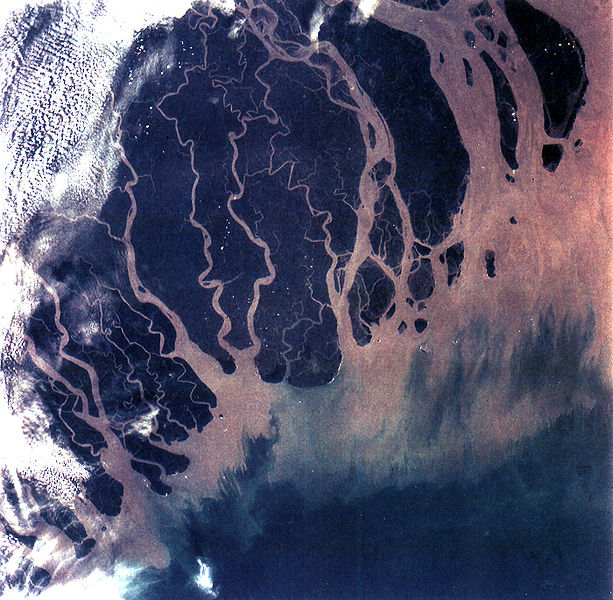 In 2006 the Yangtze River dolphin, also known as the baiji, was declared functionally extinct after a survey failed to find a single individual. Last seen in 2002, the baiji succumbed to habitat degradation and entanglement in fishing nets in the river where it had lived for 10 million years.

With Asia having already lost one species of freshwater dolphin, conservationists do not want to witness the loss of any more. Two freshwater dolphin species in Bangladesh, the vulnerable Irrawaddy River dolphin and the endangered Ganges River dolphin, have recently been granted three new sanctuaries for their protection. Located in the Dhangmari, Chandpai and Dudhmukhi areas of the eastern Sundarbans (the world’s largest mangrove forest), the sanctuaries will safeguard 19.4 miles (31.4 km) of channels, a total area of 4.1 square miles (10.7 square km). They were identified as dolphin hotspots by the Bangladesh Cetacean Diversity Project (BDCP), a project of the Wildlife Conservation Society, who recommended the size and location in a 2010 study published in the journal Oryx.

The boundaries were approved on the 24th of October last year, marking International Freshwater Dolphin Day. Now officially declared, signs will be posted warning fishermen not to enter the area. As both dolphins live in waterways where human activities are intense, they face many threats including dam projects, drowning as by-catch, prey loss due to overfishing, pollution and targeted hunting. One of the keys to saving the dolphins will be working closely with the local communities. A boat-based dolphin exhibition devised by the BCDP is already travelling to communities bordering the Sundarbans to raise awareness of the new sanctuaries and engage fishermen and community members in discussions on management practices that will ensure human-dolphin coexistence.

Although hard to estimate population numbers of these animals, it is known that both have disappeared from large portions of their range. It is thought however, that both species exist in sufficient numbers in the Sundarbans, which could serve as a global safety net for preventing their extinction.

The sanctuaries will benefit other species such as the northern river terrapin, the oriental small-clawed otter, and the masked finfoot (a freshwater bird), and should ensure that no other freshwater dolphin disappears from Asia’s waterways.