Scientists studying the decline of the New Zealand sea lion have linked it to commercial fisheries bycatch around their breeding colonies on the Auckland Islands, which has previously been assumed to be only a minor threat. 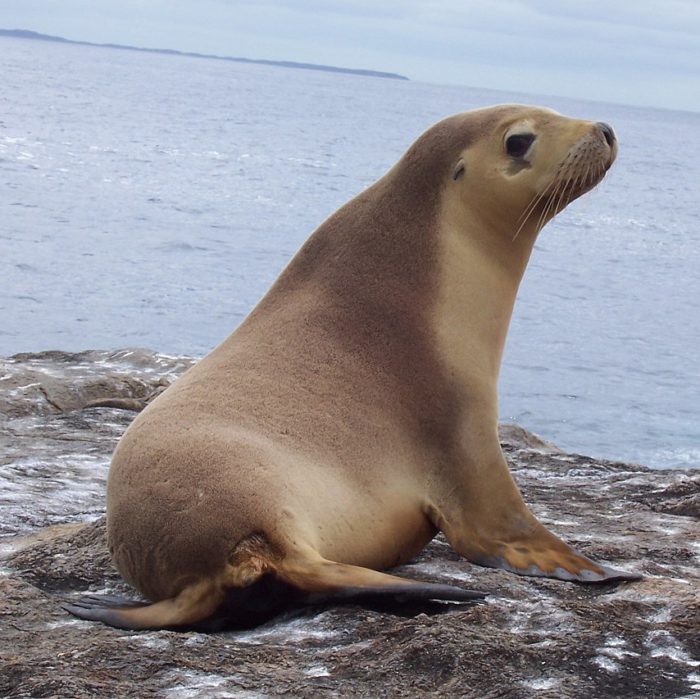 Getting caught in fishing nets is a major cause of death for the increasingly endangered New Zealand sea lion, according to new research. Scientists analysed government data of their population and fisheries bycatch to investigate the role commercial fishing has played in the near 50% decline of the species.

The conclusion, published in Proceedings of the National Academy of Sciences, is that despite measures since 2001 to protect New Zealand sea lions from being killed in fishing nets, commercial fishing continues to impact their numbers. The authors believe that the current management of sea lion bycatch in the arrow squid fishery around the subantarctic Auckland Islands places the population at risk of extinction. This is because the New Zealand government assumes fishing is not a major threat to the species. A decline in the Auckland Islands is particularly concerning, as this is where nearly 70% of all New Zealand sea lion pups are born.

Lead author and population ecologist Dr Stefan Meyer, an Otago Department of Zoology PhD graduate, says the study presents a major breakthrough in understanding why New Zealand sea lions are declining at their main breeding colonies. “Several threats, such as disease and fisheries bycatch, have been postulated as causes of the sea lion decline. However, until this research, studies have been unable to link these threats to the decline.”

Associate Professor Bruce Robertson, of Otago’s Department of Zoology, says since 2001 sea lion exclusion devices have been used in the arrow squid fishery to stop them drowning in the trawl nets. While the observed bycatch has declined, he says unfortunately there is no firm evidence the devices have successfully removed the bycatch threat. “What information is available raises concerns that the devices may be hiding sea lion deaths by allowing dead sea lions to fall out of the nets at sea or causing injury that reduces life expectancy or reproductive ability.”

Dr Meyer adds: “We now know that sea lion exclusion devices have, despite all assumptions, obscured bycatch of New Zealand sea lions and that this factor posed a significant and ongoing impact to the population. Our findings are therefore a game changer in New Zealand sea lion management.”

Professor Martin Krkosek, from the University of Toronto, says the findings are unique in global bycatch research. “Given what we have found in this case study, we urge a wider assessment of bycatch exclusion devices used in global trawl fisheries.”

In the recently released New Zealand sea lion threat management plan, published by the Department of Conservation and the Ministry for Primary Industries, the government committed to halting the species’ decline within the next 5 years, aiming for a stable or growing population within the next 20 years.

The current focus of this plan is on reducing pup deaths, with fishing impacts thought, incorrectly, to be only minor. Associate Professor Robertson says: “…the impact from the squid fishery is likely a key driver of the New Zealand sea lion decline. With fishing threats being ignored in sea lion management, it is hard to see how the government’s goals to increase the population will be achieved. We hope that our study will lead to meaningful management.”