Plastic Pollution Up Dramatically in the North Pacific

Plastic ingestion in Northern Fulmars, and therefore plastic pollution in the North Pacific, has increased over the past 40 years. 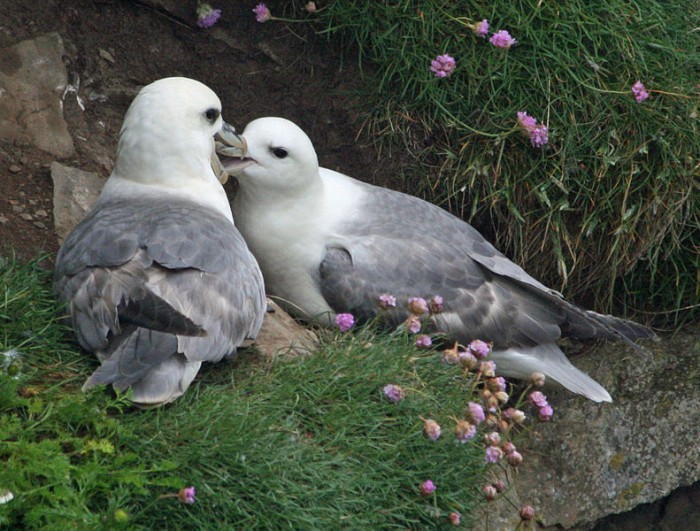 The pollution of our seas by discarded plastic waste is on the increase. The North Sea has been heavily polluted for some time, but now new research has shown that the volume of plastic pollution is almost reaching similar levels in the North Pacific.

US and Canadian scientists joined forces to study the ingestion of plastic waste in Northern Fulmars, gull-like petrels related to albatrosses and shearwaters. Fulmars are a good indication of the health of our marine environments, and have also been studied in the North Sea – the birds are especially suitable for studying plastic pollution levels as they forage almost exclusively at sea, eat almost anything from the surface of the water, and have vast ranges. Between 2009 and 2010, the scientists analysed the stomach contents of 67 birds found washed up dead on the shores between Long Beach in Washington State, and Vancouver Island in British Columbia, and their results make grim reading.

Plastic Ingestion in Fulmars up 92.5%

Over 95% of the plastic ingested by the fulmars consisted of fishing line, sheet plastic, fibre sponge, rope, twine, Styrofoam, bottle caps and sweet wrappers. One bird was found with over 454 pieces of plastic in its gut, and the gizzards of many birds were completely filled with plastic. This causes the birds real problems. It displaces the space for food in the stomach, so they can starve, and it also tears the stomach lining. In addition, plastic in the sea quickly absorbs large amounts of contaminants which may leach out into the body of the bird that swallowed it.

Conservation groups such as the American Bird Conservancy are despairing at the lack of action taken on an issue that we have been aware of for 40 years. The birds in this study each provided a snapshot of the waste that ends up in that part of the Pacific Ocean, and are warning signs that the health of our oceans is under serious threat.