The illegal trade is now driven by demand from international markets such as the tourist entertainment industry, disreputable zoos and wealthy individuals who see ownership of an exotic pet as a status symbol.

By Alex Taylor on 13th March 2013 in World Conservation Issues 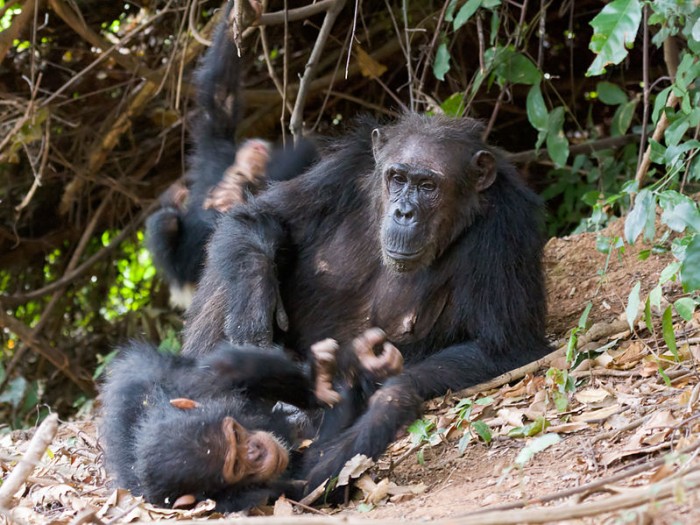 Our closest relatives, the great apes, are facing an uncertain future. They are all classified as endangered and all have protection under CITES. Yet a growing trade in great apes means that thousands are lost from their homes in Africa and Southeast Asia each year, the victims of increasingly sophisticated criminal networks.

A new report, entitled ‘Stolen Apes: The Illicit Trade in Chimpanzees, Gorillas, Bonobos and Orangutans’ is the first report to analyse the scope and scale of the illegal trade. Produced by the United Nations Environment Programme through its Great Ape Survival Partnership, it estimates that, since 2005, at least 22,218 great apes have been taken from the wild. These animals were sold, killed during the hunt, or died while in captivity. The total number of great apes lost each year is estimated to be 2,972. However, for each one that has been confiscated or confirmed to be in the illegal trade, many more will have lost their lives during the capture or the trafficking process.

Illegal trade is driven by demand from international markets

Revealed by the report is the shift in the trade, from a by-product of more traditional threats like deforestation, mining and bush-meat hunting, to a far more sophisticated business. The illegal trade is now driven by demand from international markets such as the tourist entertainment industry, disreputable zoos and wealthy individuals who see ownership of an exotic pet as a status symbol. This threat to the lives of our cousins is not driven by poverty – it is generated by the rich and powerful, and the profit margins are high. A poacher may sell a chimpanzee for about US$50, but the middlemen could re-sell the same chimp for a mark-up of as much as 400%.

It is also increasingly linked to organised crime, with great apes being moved along with drugs, arms and laundered money as well as ivory and rhino horn. And man’s activities are helping the criminal gangs behind the trade because logging, mining and other extractive industries facilitate the trade by creating transportation and trade routes. Also, habitat is being lost at an annual rate of 2-5%, bringing great apes and humans into closer contact. All of this means that tackling the illegal trade of great apes is incredibly difficult, as proved by the report which states that only 27 arrests were made in Africa between 2005 and 2011. One quarter of the arrests were never prosecuted.

Several recommendations were made by the report, such as DNA testing of confiscated apes in order to return them quickly to their country of origin, reviewing the laws and penalties relating to trafficking or killing apes, increased enforcement of protected areas, establishing international criminal intelligence units and utilising multimedia campaigns to emphasise the laws and punishments.