The Status of Marine Mammals

A new multinational study, the first global review of Arctic marine mammals, has assessed the status of all circumpolar species and subpopulations, and highlights the precarious state these animals are in.

By Alex Taylor on 27th May 2015 in Climate Change, Research, World Conservation Issues 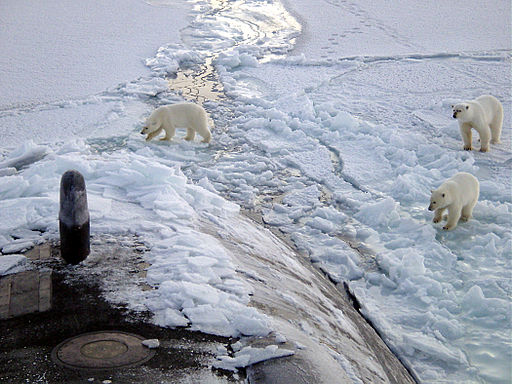 Rising temperatures and the loss of sea ice are harming already fragile Arctic ecosystems, and putting the future of marine mammals in the region at risk. A new multinational study, the first global review of Arctic marine mammals, has assessed the status of all circumpolar species and subpopulations, and highlights the precarious state these animals are in.

The study, published in Conservation Biology, attempted to gauge population sizes and trends, changes in habitats, identify missing scientific information, and provide recommendations for the conservation of Arctic marine mammals over the next few decades. Included in the report were 78 populations of marine mammals, from species such as beluga whales, narwhal, polar bears and seals, including ringed, bearded, spotted, ribbon, harp and hooded. These animals depend on Arctic sea ice to live, feed and breed.

The report also divides the Arctic Ocean into 12 regions. Using daily sea ice concentration data from satellite images taken by NASA between 1979 and 2013, changes in the dates of spring sea ice retreat and autumn freeze-up were calculated. The reductions in sea ice cover were “profound.” In all but one region the melt season has grown longer by five to ten weeks and in one of these regions (the Barents Sea off Russia) by 20 weeks.

Many marine mammals will be affected by this, especially polar bears and ice-associated seals. Kristin Laidre, lead author of the study and a polar scientist with University of Washington, said: “Sea ice is critical for Arctic marine mammals because events such as feeding, giving birth, molting, and resting are closely timed with the availability of their ice platform. It is especially critical for the ice-dependent species – seals and polar bears. Ice seals use the sea ice platform to give birth and nurse pups during very specific weeks of the spring, and polar bears use sea ice for feeding, starting in late winter and continuing until the ice breaks up.”

Pacific walrus use the floating pack ice both as a platform on which to rest between feeding bouts and as a passive transport around their habitat. “Loss of sea ice has resulted in walrus hauling out on land in Alaska and Russia in massive numbers – these land haul outs result in trampling of their young,” Laidre said. “Also, now walrus must travel a longer way to reach their feeding areas, which is energetically costly.”

On the other hand, whales may actually benefit from less ice cover, at least initially, as the open water could expand their feeding habitats, increase food supplies and lengthen their feeding season.

The study makes several recommendations, including improving co-management with government and local people, improving long-term monitoring and studying and mitigating the impacts of human activities, for example, shipping, fisheries and seismic exploration. The authors hope that more attention will be brought to the status and future of Arctic marine mammals and that the study will provoke a broader public response. Kristen Laidre says: “We may introduce conservation measures or protected species legislation, but none of those things can really address the primary driver of Arctic climate change and habitat loss for these species. The only thing that can do that is the regulation of greenhouse gases.”