As well as being a foundation for food webs and supporting a diverse array of species, coral reefs play an important role in protecting the shoreline from storms and surge water. 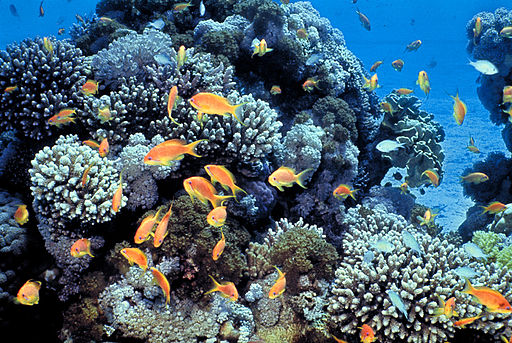 Coral reefs are among the most biodiverse ecosystems on earth, rivalling tropical rainforests in sheer numbers and variety of species. Not only composed of hard and soft corals, they are also home to fish, molluscs, crustaceans, sharks, dolphins and sea turtles. It is no wonder that they attract millions of scuba divers and snorkelers every year, but coral reefs are more than just beautiful underwater habitats. Reef Relief, a non-profit organisation dedicated to improving and protecting coral reef ecosystems based in Florida, are keen to increase awareness of the importance of coral reefs. As well as being a foundation for food webs and supporting a diverse array of species, coral reefs play an important role in protecting the shoreline from storms and surge water. They also help stabilise mangroves and seagrass beds, which are vulnerable to large waves. Erosion prevention is another vital role coral reefs play, especially in areas with large amounts of coastal development.

Reef Relief also note the many threats facing coral reefs because, despite their rock-like appearance, they are extremely fragile and easily damaged. Pollution and debris from land and sea can break coral apart and suffocate marine life. Direct human contact can also harm reefs – some of the millions of divers can inflict damage by standing on coral or touching it, and a simple human touch can make the coral more vulnerable to disease and death.

Perhaps the biggest threat of all, causing the death of coral reefs around the world, is climate change. Many scientific reviews have been published in recent years, documenting the effects of rising temperatures on coral reefs. The latest World Resources Institute assessment, published earlier this year, reported some alarming findings – 75% of coral reefs worldwide are endangered, a figure that may reach 100% by 2050.

One reason for this decline in the health of coral reefs is ocean acidification. A major international report, published last year, found that acidification in the world’s oceans may increase by around 170% by the end of the century. The report was led by the International Geosphere-Biosphere Programme, with its results coming from the world’s largest gathering of experts on ocean acidification – the Third Symposium on the Ocean in a High CO2 World. Conclusions drawn by the experts included the likelihood that marine ecosystems and biodiversity will change as a result of ocean acidification. They state that if society continues on its current trajectory of high carbon emissions, cold water reefs may become unsustainable, and tropical coral reef erosion is likely to outpace reef building this century. However, significant reduction in emissions could ensure that half of surface waters presently occupied by tropical reefs will remain favourable for their growth.

Another study documented evidence that shows that on our current emissions trajectory, by the end of the century there will be no water left in the ocean with the chemical properties that have supported coral reef growth in the past. The scientists behind the report, from the Carnegie Institute for Science, believe that the chemical conditions that can support coral reef growth can only be sustained with very aggressive cuts in CO2 emissions: “To save coral reefs, we need to transform our energy system into one that does not use the atmosphere and oceans as waste dumps for carbon dioxide pollution. The decisions we make in the next years and decades are likely to determine whether or not coral reefs survive the rest of this century.”

“Our projections indicate that nearly all coral reef locations would experience annual bleaching later than 2040 under scenarios with lower greenhouse gas emissions. For 394 reef locations (of 1707 used in the study) this amounts to at least two more decades in which some reefs might conceivably be able to improve their capacity to adapt to the projected changes. More so than any result to date, this highlights and quantifies the potential benefits for reefs of reducing emissions in terms of reduced exposure to stressful reef temperatures,” said Jeffrey Maynard, one of the study’s authors.

Luckily, findings from another study gives hope for the conservation of coral reefs, as it proves that divers assign economic importance to certain aspects of reef biodiversity. A survey of 295 divers found that they are willing to pay to improve the reef’s attributes, such as biodiversity, and coral and fish abundance. The study was published in the International Council for the Exploration of the Sea Journal of Marine Science – one of its authors said: “This result was exciting to us, since it shows that the general public as well as scientists place a high value on biodiversity and that visitors understand the fundamentals that constitute a coral reef community. This may help direct conservation efforts undertaken in designing future marine reserves and pre-planned artificial reefs.”

Coral reefs provide food for many fishing communities, as well as economic benefits from tourism, mostly in developing countries. The message from all of these studies is glaringly obvious – we must decrease our carbon emissions, and quickly, if we are to stop the serious decline of coral reefs by the end of the century.