Canaries in the Ocean Coalmine

Researchers from Newcastle University have found that 59 species of fish have disappeared from fishermen’s catches in the Philippines between 1950 and 2014. 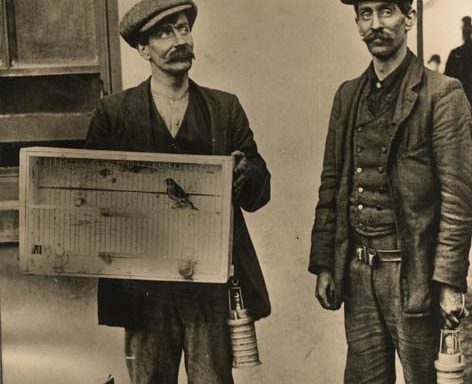 In the Philippines, in one of the world’s most species rich and vulnerable marine areas, 59 species of fish have disappeared from fishermen’s catches. A new study in PLOS ONE, the largest of its kind, highlights the impact of uncontrolled fishing on coral reefs and calls for urgent action.

Researchers from Newcastle University focused on five areas recognised as being exceptionally rich in biodiversity – Lanuza Bay, Danajon Bank, Verde Island Passage, Polillo Islands and Honda Bay. The knowledge of local fishermen was used to build a picture of how fish populations have declined over the past 65 years. They asked the fishermen to recall their typical good days’ catches over the past six decades, using key dates to help link memories, such as the Japanese occupation in the 1950s, presidents of the 1960s and 1970s and photographic evidence. In total, the researchers conducted 2,655 interviews.

Results showed that 59 species have gone missing from catches between 1950 and 2014. Lead scientist Nick Polunin, Professor or Environmental Science at Newcastle University, said: “Most of us still think that nature is unlimited in the oceans. But our coral reefs are good sentinels of global ocean change, and like the canary in the coal mine, they’re telling us there’s not much time left for action. These losses we’ve recorded in the Philippines are reflective of unsustainable exploitation affecting this exceptionally species rich ecosystem and region but they mirror what is happening in ecosystems around the globe. In the forests of India and Bangladesh it’s the tigers and in China it’s the Giant Panda; here in the Philippines we are showing that marine species are also very vulnerable. The list of endangered species is growing and we’re very close to the tipping point.”

Five species in particular were highlighted in the study as now fighting for survival – the African pomano, the giant grouper, the mangrove red snapper, the humphead wrasse, and the green bumphead parrotfish. Coral reefs occupy less than 1% of the marine area, but are home to 25% of all known marine fish species. “The knock-on effects of losing these species are huge: loss of the big predators is likely to radically affect the structure of the whole system,” says Professor Polunin.

Professor Selina Stead, co-author and Professor of Marine Governance and Environmental Science at Newcastle University adds: “This paper provides clear evidence of the dramatic decline of once common reef fish, and the value of local knowledge in helping to build an accurate picture. Governments worldwide increasingly request evidence to support policy change and hopefully this paper will highlight the need for urgency for action.”