All of this goes to show that you don’t need to volunteer at Minsmere or Titchwell Marsh, vital and brilliant as these ‘flagship reserves’ are, to make a difference.

By Chris Foster on 10th November 2011 in Volunteering 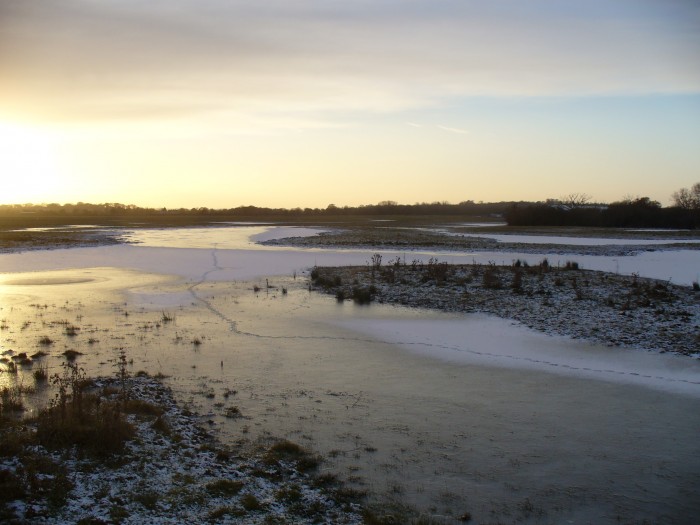 Whisper it, but possibly the most valuable thing I did in a year spent on a conservation MSc was in what remained of my ‘free time’ – becoming a volunteer warden at RSPB Otmoor, Oxfordshire. My stint lasted a mere six months before I moved away from the area, but the reserve, its birds, and the surrounding landscape left a deep impression on me. The skies are immense, with incredible cloudscapes and sunsets, often decorated with flocks of thrushes or spectacular starling displays during the winter months. Impressive wildfowl and wader flocks also winter on the reserve – hundreds of wigeon, teal, lapwings and golden plover – and almost anything can turn up in passage months. Raptors are another speciality, a female merlin often provided the highlight of my shifts alongside the resident red kites, buzzards, kestrels and sparrowhawks. January brought a sighting of my first ever wild otters (from which Otmoor gets it ancient name). April saw a startling tangle of grass snakes in the reed bed; in fact, each visit held fresh wonders in store.

Best of all, Otmoor never felt like a place fenced off from the outside world; it isn’t a mere natural enclave surrounded by an inhospitable agricultural or suburban desert. It melts seamlessly into the landscape, and life and beauty overflows from it into the Oxfordshire countryside. That, I think, is the key to its success: it doesn’t take over the area but crowns it, showing it off in its best light – true local-based conservation. It does have one wider claim to fame: the patchwork landscape of fields is said to have been Lewis Carroll’s inspiration for the chessboard in Alice in Wonderland. The only Mad Hatter’s tea parties I witnessed there were served by yours truly from a Thermos flask, and you’re more likely to meet a brown hare than a white rabbit, but nevertheless, Otmoor truly is a wonderland.

All of this goes to show that you don’t need to volunteer at Minsmere or Titchwell Marsh, vital and brilliant as these ‘flagship reserves’ are, to make a difference. With a reserve network over 200 strong, the RSPB is very likely to have an Otmoor-like gem awaiting discovery close to your home. Or if not the RSPB, a county wildlife trust or local authority is certain to be quietly tending a patch of land in need of protection. These are special places, the softly beating heart of wild Britain – and their very survival depends on us finding them and loving them, and perhaps a few of us stepping up as volunteers.