It is not uncommon to see animals being exploited for tourist’s photo opportunity. Encouraging new research shows that, in Morocco, 88% of people who were surveyed object to the use of barbary macaques as photo props for ethical or animal welfare reasons. 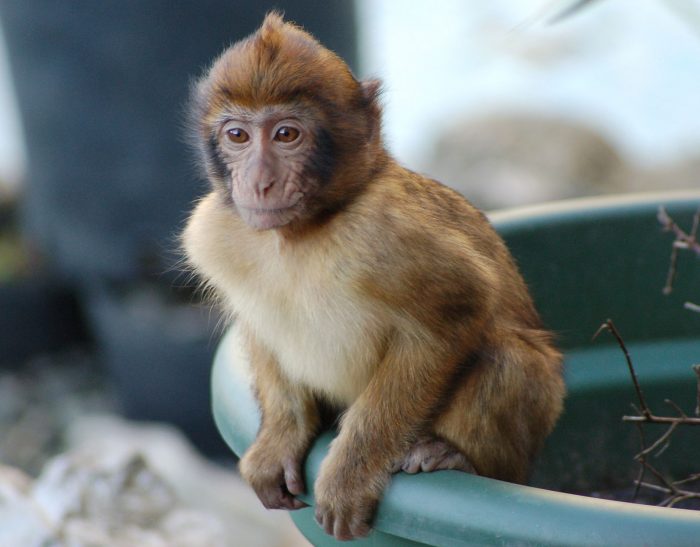 Wild animals are increasingly exploited for entertainment and photo opportunities all over the world. However, a new study highlights that tourists in Morocco object to the use of barbary macaques as photo props, raising concerns about the animal’s welfare and risk to human health.

Barbary macaques, the only primate species endemic to Morocco and Algeria, have been categorised as ‘endangered’ on the IUCN Red List of Threatened Species since 2008. This means that it is prohibited to sell or keep them as pets.

Despite the restrictions, barbary macaques are used as photo props for tourists, principally in Marrakech’s famous Jemaa el-Fna square (a UNESCO World Heritage Site) and reportedly in other major Moroccan cities and Algeria. An infant macaque might act as a photo prop 18 times per hour costing visitors as much as 100 Dirhams (around £20). This practice could earn their handlers the equivalent of an average monthly Moroccan household income in just 3-4 working days – a huge incentive to exploit these animals.

Researchers from Edinburgh Napier University surveyed 513 national and international visitors to Jemaa el-Fna square during an Easter holiday period when tourism was at a peak, using a 25-item questionnaire to evaluate their perception of primate photo props. The findings from the study was published in the journal Anthrozoös.

Encouragingly, 88% of the respondents neither intended to use the photo props nor did. More than 200 people found it unacceptable because of ethical or animal welfare reasons.

Jay Mackinnon, a lecturer in applied sciences at Edinburgh Napier University and co-author of the study, said: “Most of the survey respondents didn’t see the macaques as an attraction and found the photo props off-putting. They pitied the animals and raised concerns about hygiene and the risk of serious infections being transmitted.”

While 66% agreed the practice should be illegal, interestingly 80% were unaware it is already illegal in the country.

“Barbary macaque numbers have plummeted by more than 50% since the 1980s due to habitat loss and juveniles being sold illegally as pets. Only one in four survey participants was aware that this species is endangered. Seeing primates as pets or photo props, whether that is in the media or at tourism destinations, can lead to the assumption that there are a lot of them and it is suitable to keep them as pets,” said Kristina Stazaker who led the research as part of her master’s project at the university.

Visitors who did have their photos taken with a macaque, or planned to do so, valued the rare opportunity to interact with the animal, although half of them said they did not enjoy the experience as traders had pressured them or mistreated the macaques.

Mackinnon concluded: “Jemaa el-Fna square is a stunning place with street performers, food and souvenir stalls, attracting tourists from all over the world. We know that the perception of poor animal welfare can contribute to a negative experience or image of the destination visited. It would be a shame if tourists were taking away some memories of Morocco that are negative because of this unethical practice.”

Barbary macaques can be seen in the wild at Ifrane National Park and the waterfalls of Ouzoud. The study points out that, if managed appropriately, ecotourism enterprises could provide a better experience for tourists who value animal encounters at these sites.