Home › Articles & Blogs › Wild Animal or a Prop for the Perfect Holiday Snap?

Wild Animal or a Prop for the Perfect Holiday Snap?

Primates around the world are used in a variety of ways for the entertainment of tourists. Some are made to perform tricks for large paying audiences, others owned by people who use them to beg for money from tourists in return for using the animal as a photographic prop. 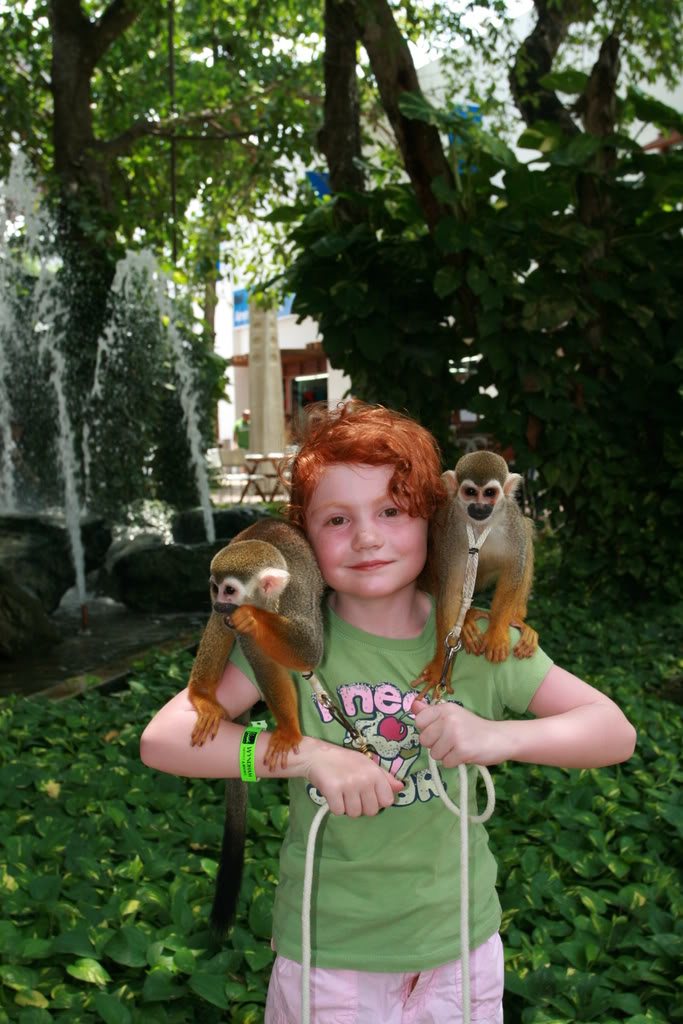 As a conservationist I love nothing more than to see wild animals free in their natural environment, far away from human exploitation and cruelty. It’s hard to explain the anger I feel when I see monkeys and other primate species used as street performers, dressed up in costumes and thrown at tourists for photo opportunities. I have witnessed this several times, it never gets easier to see such cruelty and ignorance.

The most recent case that I experienced was in Barbados. I was taking part in a tour of the island with several other tourists. The jeep we were travelling in stopped near a bus shelter; three men and a small vervet monkey stood within. As soon as the jeep stopped the tourists descended on the monkey as I gritted my teeth watching. The monkey was passed from person to person and each were charged a fee for taking their picture with the petrified animal. When we all returned to the jeep I listened to the discussion about what they had all just done: “it was only 6 weeks old, it was so cute”. I then asked: “where do you think that monkey’s mother is? Do you think she would have given up her infant easily?” Slowly the realisation of the cruelty they had all participated in began to dawn on them, although I doubt any gave it a second thought after that day.

Primates around the world are used in a variety of ways for the entertainment of tourists. Some are made to perform tricks for large paying audiences, others owned by people who use them to beg for money from tourists in return for using the animal as a photographic prop. The animals used in such cases come from a variety of sources. Some are bred for the purpose whereas others are taken from the wild. Although this is often illegal, the financial gain is worth the risk for many people. Often young primates are taken from their mothers in the wild, in most cases the mother and other family members are killed as they defend the infant.

The young primate will now begin a life filled with cruelty and abuse, used by its captor to make money until it reaches puberty. At this stage many primates will become aggressive and can no longer be used as ‘entertainment’. It will be sold on, abandoned or killed, while the  owner will find a new infant and start the cycle again.

The only way to stop this kind of cruelty is to convince tourists not to fund such behaviour. I would argue there are two reasons that tourists still pay for photographs and shows. One reason could be that they simply don’t know about the cruelty involved. The second is that people just don’t care.