Because of this species of whelk, the UKs native oysters are in decline. As well as feeding on oysters, the mollusc eats mussels and barnacles as well. 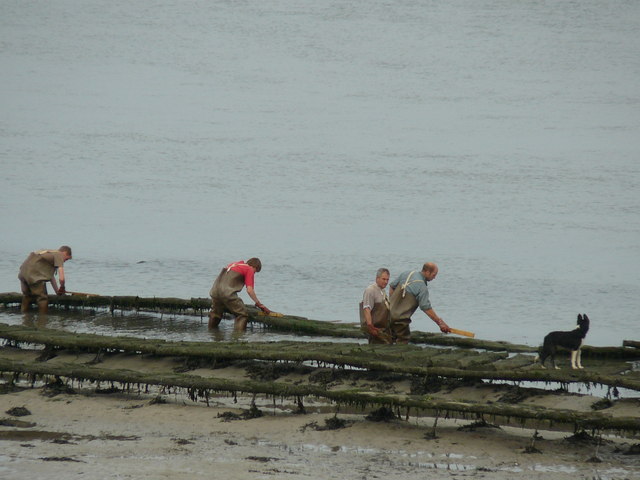 As you probably know, I did a blog on the Chinese Mitten Crab last week. From this, I found that people did not know about invasive marine species, even one as high profile as the crabs. So I will spend the next few weeks raising awareness and hopefully making a little bit of a difference at the same time.

This week, A is for the American Oyster Drill (Urosalpinx cinerea). Because of this species of whelk, the UKs native oysters are in decline. As well as feeding on oysters, the mollusc eats mussels and barnacles as well. It attacks the oysters by softening their shells with a substance it secretes from its glands. It then uses its radula (a sort of conveyor belt with teeth on it that rubs the shell) to drill through the shell and eat the oyster.

The shell of the American Oyster Drill is tall and conical with a sharply pointed spire. There are 7-8 whorls on the shell. The last whorl has 10-12 ridges across it and 16-18 prominent ridges along its length. The shell is yellowish or grey and sometimes with brown markings. The shell is can be up to 4 cm high and 2 cm broad. The external features of the animal are similar to the dog whelk (Nucella lapillus). The body of the whelk itself is cream with dark markings on the tentacles. The foot of the American Oyster Drill is similar to that found on Nucella lapillus.

Currently found on the coasts of Essex and Kent

Currently, the Tingle (as the American Oyster Drill is also known) is only found on the coasts of Essex and Kent. It is usually found in estuaries and is always found with oysters. This species was introduced unintentionally with imported American Oysters (Crassostrea virginica). It has stayed in Essex and Kent because it has limited mobility as an adult and lack of a larval stage. The species is also susceptible to TBT. Due to this, the individuals can develop a condition known as ‘imposex’, depleting populations on the Essex oyster beds since the early 1970s. Iposex is a condition where the females of the species develop male sexual characteristics, such as the development of a penis.

As a method of control, ‘Tile traps’ have been used during the summer. On the Essex oyster beds at least, bounty was paid for bucket loads of the American Oyster Drill. Tile traps are the most effective method of catching the whelks and they depend on the fact that the tingles move on to the shore every spring to lay their egg capsules in places that are both raised and shaded.