The tubeworm needs a hard substrate to attach to, due to this high densities of the Australian tubeworm can form reef like structures reaching dimensions of 4 meters in width and more than 2 meters in height. 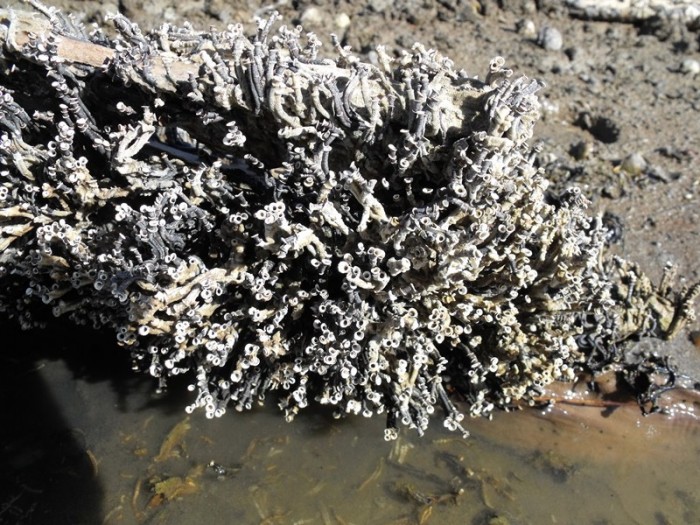 F. enigmaticus was first noticed in northern France in 1921 and it was first recorded from London docks in 1922. This origin of this species is not clear, as it can occur in waters of variable salinity and in temperate areas of both northern and southern hemispheres. It was possibly introduced from Australia (hence the name). However, recent Australian literature states that F. enigmaticus is an introduced species, so the best conclusion that can be drawn is that it is from the southern hemisphere.

It is highly likely that the Australian tubeworm was transported on farmed mollusc shells and ship hulls. The preferred habitat of F. engimaticus is brackish waters (which would include estuaries), as most major ports are sited on estuaries the theory of introduction on ship hulls is deemed the most likely scenario of introduction. The reason that it is such a successful species is that it lives in areas of variable salinity (again, sites like estuaries). In these areas, there is little competition from other tube building worms (serpulids). As many estuaries are areas of high production, filter feeders such as F. engimaticus are at a real advantage. Another reason for their success is that they have a high fecundity (reproductive capacity) which may cause a build-up of numbers over a short amount of time.

F. enigmaticus has been found in all ports from north Pembrokeshire to the Thames estuary. Its distribution is confined to coastal brackish waters and therefore rather distinct. It is widespread throughout Europe, including Ireland. From being recorded initially in 1937 from Weymouth Harbour, Dorset, this species has been found there on a number of widely separated occasions over subsequent years. A lack of data render it impossible to determine whether the population in 1937 had survived for more than 50 years, or whether its observed presence represents a series of invasions. It has been reported how the Emsworth population, (West Sussex) experienced a catastrophic decline in 1986 and it is suggested that high density populations are liable to suffer periodic decline.

The limiting factor to the distribution of the Australia tubeworm appear to be temperature. It is thought that the southern coasts of Britain are at the minimum temperature to maintain populations. The more northerly populations survive due to artificially raised water temperatures. In addition to this, successful reproduction is considered to be limited to waters of variable salinity. In Britain, therefore, any future invasions or spread would be expected to be confined to brackish waters and estuaries on southern coasts.

One interesting point about the invasion of F. enigmaticus, is that it has a beneficial effect of native species. While it is a fouling nuisance on ships and harbours, it can also benefit the waters it invades. The presence of large numbers in enclosed waters has had a beneficial effect on water quality, by reducing suspended particulate loads and improving both the oxygen and nutrient status of the water. It has also been shown that a large population of F. enigmaticus can remove material from suspension and thus have a beneficial effect on other benthic species within enclosed or semi-enclosed waters. However, abundant filter-feeders can also deplete the amount of phytoplankton and suspended particulate organic material which could be eaten by other, native, filter-feeders. Through production of faeces and psuedofaeces (the rejecting of unsuitable particles) in large quantities, they can also concentrate contaminants from the water column and pass them into the sediment and hence up the food chain.