Home › Articles & Blogs › An A-Z of British Birds, A is for Aquatic Warbler

An A-Z of British Birds, A is for Aquatic Warbler

In a way, its journey on British shores is of the most remarkable kind: from nothingness back to life, a conservation resurrection. 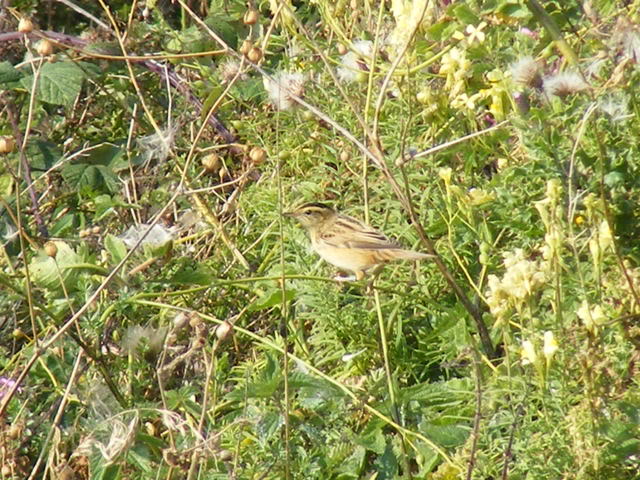 Allow me to introduce a wholly original way of working through a number of brilliant birds, and the whole world of conservation issues that surround them. Yep, it’s an alphabet. Bet nobody has done this before: A would seem a good place to start.

A is for Aquatic Warbler. Never heard of that one? Not surprising. Though aquatic warbler is one of around 40 red-listed birds of conservation concern in Britain, it doesn’t breed or over-winter here. But it is globally threatened, in some amount of trouble due to habitat loss. That’s where our red-listing comes in: during migration from eastern Europe (with a stronghold in Belarus) to the swamps of Senegal, aquatic warblers stop off for some rest and recuperation in the UK, mostly in the south-west, with enough regularity that protection of its favourite stop-off haunts might just contribute to the health of the global population. Marazion marsh in Cornwall might be your best chance of seeing one, but you’d be lucky. They’re just travelling, and won’t stay long.

Which leads nicely on to the second A bird of the day, the ultimate journeying bird – the Arctic Tern. They travel 12,000 miles each way on their annual migration, more than any other bird species. Winter: Antarctica, summer: the Arctic, hence the name – but for some colonies, Britain is close enough to those cool northern waters to provide rich enough seas for successful breeding. At least, we used to; lately British waters have proved much less reliable – something bird conservationists have been researching with increasing concern.

And emblematic of bird conservation in Britain is the Avocet. Its return to our shores after many decades’ absence was almost an accident of wartime, but since then careful management of its salt marsh habitat has helped the population to expand and thrive. In a way, its journey on British shores is of the most remarkable kind: from nothingness back to life, a conservation resurrection.

What these three species have in common, for me, is that they remind us our mastery is not complete. The aquatic warbler is merely passing through; the Arctic tern comes to breed not at our bidding but following instincts that must long predate modern civilization; we helped the Avocet back to full strength but those first exploratory breeders were just taking their chances. The most successful conservation works with these natural rhythms – we marvel at the journeys of these three birds, but will never control them.

Chris’s series will be published here fortnightly on Thursdays, all the way up to Z!