Government Backs Down Over Buzzards

Groups such as the RSPB welcomed the decision, especially since buzzard populations were once so low in this country. 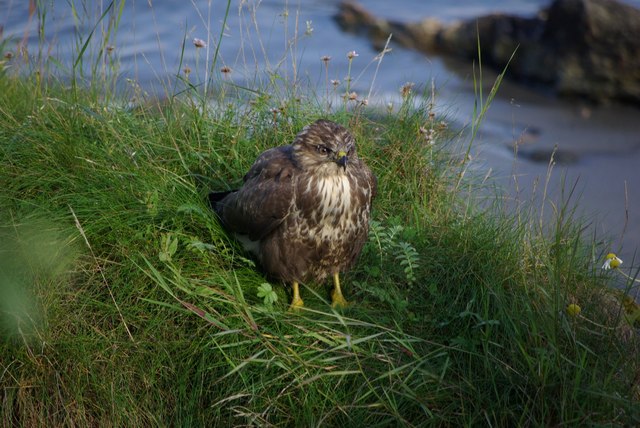 The government caused an outcry among conservationists and nature lovers throughout Britain last month when it announced plans to allow buzzards to be captured and their nests to be destroyed. This was in order to protect pheasants, or rather, the pheasant shooting industry. Gamekeepers had complained that buzzards were preying on young pheasants, and causing their shoots to become unsustainable.

As well the provision of cover for young pheasants and diversionary feeding of buzzards, the government proposed issuing licences to destroy empty buzzard nests and allowing adult birds to be taken into captivity, all at a cost of nearly £400,000. Ministers insisted that their intention was not to cull buzzards, they simply wanted to protect “legitimate businesses” from damage. However, their plans prompted objections from wildlife groups and members of the public, who clearly did not want their taxes spent on the removal of buzzards for the benefit of a small group of people running commercial shoots.

In light of public concerns the government backed down, stating that other ways of controlling buzzards will be considered. Groups such as the RSPB welcomed the decision, especially since buzzard populations were once so low in this country. By 1875, widespread persecution by landowners on shooting estates (who considered the birds to be a threat to game birds) resulted in buzzards, once common throughout Britain and Ireland, being confined to pockets of western areas of England, Wales and Scotland.

The two world wars allowed the numbers of buzzards and other birds of prey to recover due to less persecution – the shooting skills of gamekeepers meant that they were valued soldiers. They did so until 1955, when myxomatosis decimated rabbit populations, reducing an important food source for buzzards. They were also affected by DDT use during the 1950s and 1960s, which caused egg-shell thinning and low reproductive success. The banning of DDT in the late 1960s and reduced killing by more enlightened gamekeepers have once again allowed the buzzards to flourish. The rate of recolonisation increased during the 1990s, and by 2000 buzzards were nesting in every UK County. Today, the buzzard is our most common raptor with numbers estimated to be between 72, 000 and 90, 000 breeding pairs.