It still regarded as a potentially important commercial species but it is highly susceptible to a disease (Bonamiosis) caused by Bonamia sp. 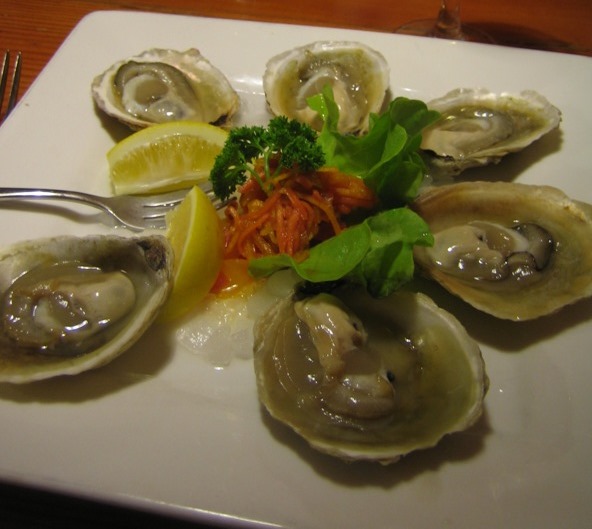 I have to admit, it is getting harder and harder to find interesting invasive species that I haven’t already written about and start with the letter of the week. I suppose it is a good thing really, as this could mean that we don’t have that many to choose from in the UK… I suppose we’ll see.

This week, N is for the New Zealand flat oyster (Ostrea chilensis), although on the JNCC website it has the name Tiostrea lutaria that name is no longer accepted according to the World Register of Marine Species (WoRMS). This change in name is due to a conspecific being identified in Chile with a different name, so a renaming process was undertaken. It has another common name as well – the bluff oyster from the town in New Zealand where there is a large fishery.

Ostrea chilensis was first introduced into Britain deliberately by the MAFF Fisheries Laboratory. The MAFF Fisheries Laboratory in Conwy, North Wales made a quarantine brood stock for this species in order to establish new procedures and individuals from this population were then introduced into the wild in 1963. This population died out in 1963 due to a severe winter the same year. Another (this time self-sustaining) introduction was then made 1968/1969 into the Menai Strait from a seed produced from the quarantined ‘batch’ where it is still found today.

From what I can gather from the literature, the species (in the UK) has not really been able to establish itself away from the Menai Strait. The reason for its success in this area is unknown, however, there are many theories as to why it hasn’t spread more than 1km in 25 years. The first reason for this small dispersal is that the adults of Ostrea chilensis brood their larvae almost to the stage of metamorphosis. This means that when the larvae is released from the parent, they settle within a few hours and thus in close proximity to the parent. Another theory is that the species cannot tolerate extremely cold winters and it is somehow sheltered from being too cold in the Strait. They are also being preyed upon by many of our native fauna, especially starfish, which could keep the population low.

The whole hope of introducing them into North Wales was to establish a set of Ostrea chilensis fisheries around the UK with Conwy, and later the Menai Strait, as a testing area. It still regarded as a potentially important commercial species but it is highly susceptible to a disease (Bonamiosis) caused by Bonamia sp. and cannot be cultivated for commercial reasons in the UK. The disease is classed as a non-exotic pathogen and is usually found in flat oysters (Ostrea edulis). Bonamiosis is a lethal infection of the haemocytes (blood cells) of flat oysters. The disease is sometimes accompanied by yellow discoloration and extensive lesions on the gills and mantle however, most of the infected oysters appear normal. This intrahaemocytic (‘inside blood cell’) protozoan quickly becomes part of the blood stream, with overwhelming numbers of parasites, which leads to the death of the oysters. There are two species of the pathogen in Europe; Bonamia ostreae and B. exitiosa.

So another potentially edible species this week (it is quite the delicacy in New Zealand) however due to the disease it is not advised. Also a lot of you might not be able fish it. I, however, can see the Menai Strait from my window but I still won’t be trying it any time soon.