Home › Articles & Blogs › The New Forest Is Degrading, And Bambi Is Not To Blame.

The New Forest Is Degrading, And Bambi Is Not To Blame.

It may surprise you to learn that the New Forest, one of our few remaining relics of a more holistic Britain, is crumbling. From the inside out.

By James Common on 15th August 2016 in Ecology, Environment 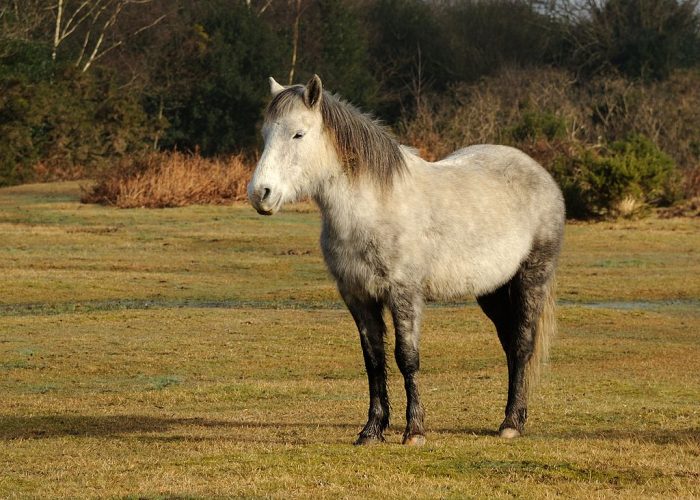 It may surprise you to learn that the New Forest, one of our few remaining relics of a more holistic Britain, is crumbling. From the inside out. The forest, like so many others in our day and age, plagued by overgrazing. The only difference being that, in this case, unlike other wooded areas continuously degraded through grazing pressure – the Caledonian Pine woods of Scotland, for example – that Bambi is not to blame. And the real culprit is one you may not immediately suspect.

The New Forest is unique among British woodlands. Comprising an intriguing mix of ancient woodland and open heath which, together, provide the ideal conditions for biodiversity to flourish. Indeed, the forest itself is home to some 92% of Britain’s reptile species, with Slow Worms, Adders and, increasingly threatened Sand Lizards still, mercifully, abundant. It also boasts an incredibly diverse floral community: of ancient Beech trees and towering Oaks, which cast their imposing shadows over an understory rich Holly and Hazel. The botanical elements that make up this great wood, irresistible to woodland birds. Including red-listed species of conservation concern. And, on a good day, one may bear witness to Honey Buzzard’s pirouetting above the canopy, Lesser-Spotted Woodpeckers foraging amid the daintiest of fronds, or, at dusk, Nightjars hawking the heathland clearings. The New Forest is, by all accounts, the jewel in the crown of our modern woodland realm. Albeit one that is being gradually tarnished.

As well as the creatures listed above, and more amphibians, fungi and endearing invertebrates than you can shake a stick at, the New Forest is also, and quite famously, home to ponies. Ponies that have roamed in the shade of the forest for centuries. And, through the practice of “commoning”, have greatly contributed to the forests current visage. Their persistent grazing helping maintain a favourable condition for much of the wildlife that persists there today. At least until now.

In the present day, the ponies that have for centuries, shaped this special place, are a major factor in its continued demise. Their population soaring from c2000 individuals during the 1960’s, to an estimated 5000 today. An increase aided, in no small part, by subsidies which – under the Under the Verderers’ Grazing Scheme (VGS) – can pay each farmer up to £68.00 per pony, annually. The problem only bolstered by yet more financial incentives for commoners to increase their stock, with a new system of payments, which offers £269 per pony, coming into force just last year. Under the EU-funded Basic Payment Scheme (BPS). These payments – which effectively reward farmers for increasing the size of their herds – are doubtless a leading factor in the forests current battle with overgrazing. And have, for the large part, gone relatively unscrutinized for many years, until now. With multiple sources now voicing their concerns over the current system, and the impact it is having on the forest ecosystem. And many veteran trees now feeling the effects of an unsustainable number of ponies.

Among those critical of the current schemes is prominent naturalist Chris Packham, who recently expressed his concerns to The Guardian. Warning that if action is not taken to combat overgrazing now, that “there will be no New Forest tomorrow“. While Sam Manning, the founder of the up and coming conservation campaign group ‘Wilder’, has also expressed his concerns on the matter. Echoing worries about the forest and the damage being brought about by its wayward ponies:

“We know that ponies have a grazing intake three times higher than deer. Deer numbers are at a historic low of 2000, while ponies are over 5000. The stripping of bark on beech trees photographed in the guardian article is not the result of ponies as some have suggested. The forestry commission has evidence that it is certain individual ponies. A meeting has been had on this issue by the verderers (minutes available on their website ) and still, nothing has been done about the issue. There is a lack of political will amongst the managing organisations in the forest, about solving the issue of overgrazing. If this problem is not solved, the long-term condition of the New Forest’s rare and treasured habitats will decline further.“

Sam, who I have spoken to at length about the matter, has also stressed that neither Wilder, nor himself, condone a cull of ponies. Instead drawing attention to the other means by which grazing impact may be reduced: “Numbers could be reduced by restricting breeding (which is controllable) and overseeing a generational phase out of the current levels. Allowing ponies to live out their natural lives, alternatively, individuals could be sold. Grazing is essential to the new forest ecosystem, too little and habitats scrub over, but too much – and we see the damage to biodiversity that is occurring now, there needs to be a scientifically advised cap on pony numbers, and commoners should be financially incentivised to maintain an optimum grazing level.“

Like any issue that clashes with agricultural, and indeed, cultural interests, this is not an argument that is going to vanish anytime soon. Though, to me, the course of action is clear. Pony numbers must be kept in check: both for the sake of the unique ecosystem at the heart of the New Forest, and the many scarce species that call it home. While subsidies have, and continue to, bring about positive change for the environment, they should not be issued absent thought. And their impacts should be properly thought out. Something which, in this case, was clearly not the case. The New Forest is a bastion of life amid our increasingly degraded countryside, and it cannot be allowed to fall into ruin. Commoners must manage their stock appropriately, to mitigate the negative repercussions of overgrazing, and I cannot help but feel that a reevaluation of payment criteria may well be necessary. Both for the New Forest, and other areas similarly plague by overgrazing elsewhere in the UK.

This is an issue that, unlike many others, may be resolved with a few similar changes. Alterations that, I hope, would help reach a beneficial solution for both the embattled forest and those who have worked and managed it for generations. Though only time will tell, I guess.