T is for Twite

It’s an unremarkable, streaky little finch, not unlike linnets or redpolls but without either species’ bright red head markings.

By Chris Foster on 5th November 2012 in A to Z of British Birds, Bird Conservation 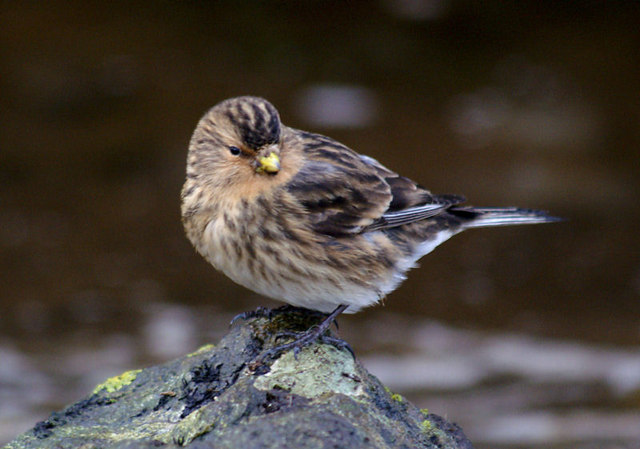 I’m surprisingly keen to see a twite. I say surprisingly because if there ever was a little brown job, the twite is one. It’s an unremarkable, streaky little finch, not unlike linnets or redpolls but without either species’ bright red head markings. (Saying that, the males do have a pink rump. So that’s something.) Still, I’ve something of a soft spot for predominately brown birds. I enjoy the challenge of identifying them in the first place, and I often find that less ‘in your face’ birds encourage and reward a longer look: the opportunity to notice subtler plumage details which lend otherwise ‘dull’ birds a quiet beauty that rivals, in my opinion, many more obviously showy species.

Perhaps another reason for my twite fancy is because perhaps the best part of the country to see one is the north and west of Scotland. To think of twites immediately transports me to a green, craggy Hebridean shore, washed by a deep blue sea and framed by distant precipitous peaks. One of my favourite landscapes on earth, and certainly an inspiring place to go searching for small birds.

Whilst there and also in upland England twites nest mostly on moorland fringes; they very often feed on low grade farmland along the edges of these habitats. Historically, this relatively ‘poor’ farmland would not have been intensively farmed, and in crofting landscapes in the Hebrides, dominated by Machair grassland, this is still the case. Here twites have been able to maintain high breeding productivity, supported by the availability of a rich, diverse supply of seeds, both wild and cultivated. As a result the Scottish population has suffered relatively modest population contractions compared to those in England, where twites have vanished from 83% of their former range in the South Pennines.

In an attempt to reverse this decline, the RSPB is leading a species recovery project in the Pennines that aims to put a twite-friendly seed resource back into the landscape, as well as providing safe nesting habitat (see video below). With any luck this on-going conservation effort, bolstered by a now more detailed picture of the twite’s population status in England, should see numbers recover in future years, giving me and other self-confessed LBJ geeks a better chance to catch up with this unassuming little bird somewhat closer to home.