J is for July Highflyer

Nature in the UK is not so much flying high as sinking fast, whether moths or otherwise. 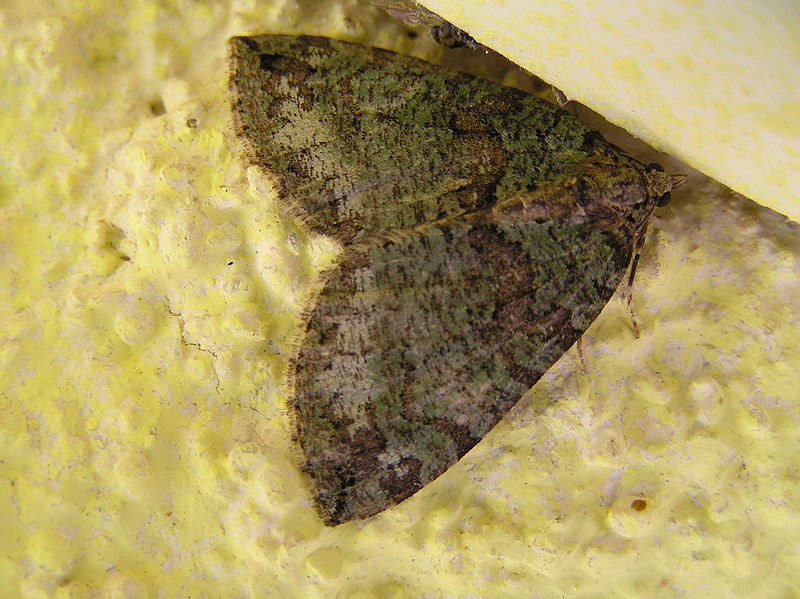 Image: By Lymantria (Own work) [CC-BY-SA-3.0 (http://creativecommons.org/licenses/by-sa/3.0)], via Wikimedia Commons

July Highflyer is just one of the many, many kinds of moth residing in Britain. At least 2,400 species have been recorded – that’s roughly one species of moth for every 50 butterflies – and they come in a vast range of shapes, sizes, patterns and habits. In fact, if you can imagine a moth, it most likely lurks somewhere out there in the world, and if ever the tiniest niche existed that something moth-shaped might exploit, a species has probably evolved to fill it. And, although arbitrarily chosen, the July Highflyer is a fine representative of moth-kind, being neither unusually showy nor anything less than exquisite. To be quite honest, I know very little about this insect save for its aforementioned beauty and that it has a most magnificent moniker, as do so many moths. Indeed, it is the name of this particular moth which enchants me. It is wonderfully evocative, beyond even a literal reading. The phrase has a pleasing shape to it, rolling off the tongue in a gentle yet firm way: balanced, full and melodic. Repeating it like a mantra, I can picture them tumbling further and further into a star-washed summer’s sky as tribe upon tribe of moths of all kinds follow behind in uncountable abundance.

Alas, then, that this is rapidly becoming a scene of the imagination alone. A report published by Butterfly Conservation this year entitled ‘The State of Britain’s Larger Moths’ concluded that the number of large moths recorded in trap samples has declined by a third since 1968, and that two out of three species for which a population trend was generated have decreased in numbers. Speciose and numerous, moths are an important part of the UK’s biodiversity, so even if they don’t themselves enchant you they will probably feed one animal or another that is closer to your heart, whether a bat or birds. In other words, news of the moths’ demise should worry you whatever your interests.

Which makes it all the more curious that DEFRA’s chief scientist felt moved to publish a blog post in response, in which he floated as many potential statistical problems with the report’s findings as he could and called into doubt the main conclusions. This was evidently his first blog entry, and why a report on moths moved him more than any other issue to date I can’t say. But since the piece was largely speculative, and apparently unsubstantiated – I’m fairly certain he hadn’t checked with the report’s authors first, to see whether or not any of the issues he raised had already been taken into account – it’s hard to believe there wasn’t some political motivation lurking behind his decision to publish. And if there wasn’t, why didn’t a man in his position get his facts straight before going public? It was a concerning episode, whichever is the case.

All those with an interest in conservation in this country need to be working together. Nature in the UK is not so much flying high as sinking fast, whether moths or otherwise. As another well publicised report showed this year, we’re losing abundance and diversity in our wildlife across the board. If the tide is to be turned, there at least needs to be general agreement on the state of nature: and that goes especially for the government department that is supposed to be responsible for protecting it.